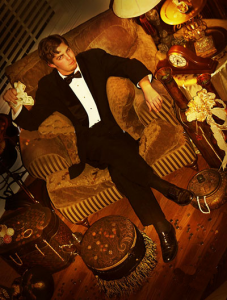 “I want it ALL, and I want it Now” is the October 22 sermon about Gluttony – desire on steroids.  This devotional guide will direct you through an exploration of the subject of gluttony and its affect on us.  It is truly, a DEADLY sin.

Dear Father, I have grown too fond of taking care of my own needs, and I have taken more than my own share and hoarded it for my self-comfort and my own self-worth. I have not thought about those who cannot afford or take care of themselves, and I now profess to You my shame. Please drive back all my desires of self-worth, and allow my soul to be generous as You are generous, to all those who are in need, and deserve the peace that I can provide to them to better their lives.Teach me in the future to be a true reflection of You my Lord Jesus Christ, and guide my hands and my heart to those who need more then I need, and to those who are in pain more then I am in pain. Of this I beg, of this I plead, and of this I lift my prayer.  In Jesus’ name, Amen.

There is a sea which day by day
Receives the rippling rills
And streams that spring from wells of God
Or fall from cedared hills
But what it thus receives it gives
With glad unsparing hand
A stream more wide, with deeper tide
Flows on to lower land

There is a sea which day by day
Receives a fuller tide
But all its store it keeps, nor gives
To shore nor sea beside
It’s Jordan stream, now turned to brine
Lies heavy as molten lead
It’s dreadful name doth e’er proclaim
That sea is waste and dead

Which shall it be for you and me
Who God’s good gifts obtain?
Shall we accept for self alone
Or take to give again?
For He who once was rich indeed
Laid all His glory down
That by His grace, our ransomed race
Should share His wealth and crown

Gluttony: Not Just About Food
You don’t have to live at the all-you-can-eat buffet to make a pig of yourself – by Beliefnet.com

Lately I’ve worried I might be a glutton. I don’t frequent all-you-can-eat buffets. I do not lick butter pads, nor do I drain creamers. My weight is not approaching 400 pounds. Instead, I go to the gym—a lot. “Gluttony denotes, not any desire of eating and drinking,” wrote medieval theologian Thomas Aquinas, “but an inordinate desire … leaving the order of reason, wherein the good of moral virtue consists.”

Inordinate desire: that’s me, boy. I’m a gym rat, exercising for up to two, sometimes three hours a day. Some afternoons, as I’m finishing my fifth set of bench presses–and after I’ve already climbed eight miles on the elliptical cross-trainer and jogged two miles on the treadmill—I consider how I’m spending my time and wonder, “Have I lost my priorities?”

Aquinas would have said yes. He didn’t discuss excessive exercise–in the Middle Ages, a treadmill would have been a torture device–but his principle is clear enough. Our desire for more of anything than what we need is wrong. Nature, Aquinas says, endows us with appetites to ensure we consume what we need to survive (and, he’d say, to do God’s will).

That’s why food tastes good (at least some of it), and why a decent meal is pleasurable. Exercise, too, is essential to sustain a healthy lifestyle, and according to most doctors, we should exercise 2 to 3 hours a week to be fit. I workout every day, sometimes twice a day, for a total of 10 to 15 hours a week. And that’s after cutting back. At one time, while averaging 10 to 12 miles a day jogging on the road, I would, once a month or so, put in 25 to 30 miles on the treadmill. This is like the average adult American eating 50 Big Macs in a single day.

For some exercise nuts, pride better describes their vice than gluttony. These are the types who boast about their running times or how much they can lift. (It’s common knowledge that our president, who takes his treadmill on Air Force One, runs at a 6:45 pace and bench presses 185 pounds for five reps.) Competition, however, doesn’t interest me. I’ve never entered a marathon, nor felt the need to. When I ran 30 miles on a treadmill, I did it for the physical and mental challenge of it, for the (believe it or not) fitness of it, and for what I felt was the sense of freedom and escape it offered.

I didn’t lack humility, then, but temperance, or self-control, which is the virtue that regulates gluttony. Heeding reason, Aquinas says, is the key to moderation. There’s nothing reasonable about running 30 miles on a treadmill (self-indulgent, reckless, yes). I was after the pure pleasure of it, the “runner’s high”–that euphoric rush of complex neuro-chemicals that clears the head, heightens the senses, and leaves you feeling deeply content and a bit spacey for hours.

The downside of this good feeling is, simply, obsession. Often when I’ve got an assignment to finish (say, an essay on gluttony), I’m continually interrupted by thoughts about my next workout. What if I can’t cut out and get to the gym this afternoon? What if I can’t exercise tomorrow, either? These grim possibilities make me anxious and irritable, unable to concentrate. So much so that–even as I recognize them to be classic symptoms of withdrawal—eventually I can no longer resist the urge to—ah, the hell with it—excuse me, will you? I’m just going to throw on my running shoes and go for a quick run…

Where was I? Oh yes. The church in Aquinas’s day categorized gluttony as a mortal sin, but Aquinas said most people don’t take it that far. The plain-vanilla overeater is motivated by the pleasures of food, not by a desire to destroy himself or herself. If we do injure ourselves, Aquinas says, it’s accidental–and its’ true I never deliberately twisted an ankle or developed shin splints. But every hour I spend on the treadmill is an hour I didn’t spend with my family or helping someone in need. And the wasted minutes add up. Say I exercise 450 hours more each year than I need to. That’s a lot of time that I didn’t spend as a Big Brother.

But gluttony, in whatever form it’s practiced, can be made into a deadly sin–a vice committed in such a way that contradicts the will of God. Gluttony can be pushed until it becomes a form of injustice, a sign of moral bankruptcy. True, few of us would be happy being gluttons to this degree in the gourmandizing sense; food gluttony is so unsightly, so gauche. But that doesn’t mean we don’t indulge in grievous gluttony in ways that make us look chicer, richer, happier. We live in a culture so steeped in gluttony–a vice we celebrate and wallow in as much as we do greed, the vice that enables us to be bigger gluttons—that it seems impossible for any of us to escape its hold.

A recent study, published in the Proceedings of the National Academy of Science and reported at CNN.com, says that the human consumption of energy, forests, and land now far exceeds the rate at which the planet can replenish itself. The Earth needs 1.2 years to regenerate the resources we use in a year, a ratio that’s increasing at an alarming rate. (In 1961, we demanded just 70 percent of the earth’s regenerative capacity.)

And we Americans are particularly gluttonous. In 1991, the average world resident consumed an average of 5.7 acres per year. Americans, however, took up 24 acres per person. (The United Kingdom consumed 13.3 acres per person.) The United States may be the greatest nation on earth, but we’re also by far the world’s biggest pigs. We cite our visible prosperity as proof of our virtue; we wear gluttony as a badge of our greatness.

The first step toward recognizing our collective gluttony is to own up to our individual sins. I’ll admit it–I’m a glutton. And as a step towards reform, I’m canceling today’s workout. Instead, I will do something less self-indulgent, something that serves a higher purpose. Like, start a group. I’ll call it Gluttons Anonymous, and extend an open invitation.

Not sure you belong? Say that, within reason, you need five pairs of shoes to get through your week. How many do you own? Fifteen pairs? Welcome to GA. Say you watch four hours of television a day, some 1,450 hours each year–about what the average American watches—including 28 hours a week of “The Young and the Restless” and “Blind Date.” I welcome you to the club. How fast does your 8,000-pound SUV guzzle gas?

Wait, we’re going to run out of seats.