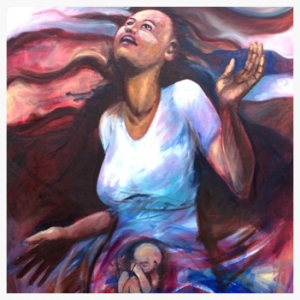 This week’s devotional leads up to Sunday, Christmas Eve, which is also the final Sunday of Advent.  We will complete our nearly two-month series on what the prophets say about the work of God as well as the role we play in that work.  Christmas Eve’s sermon is entitled “Fill the Hungry with Good Things,” and it comes from Luke 1:46-55, Mary’s song about how God was using her to be the mother of Messiah.

Wednesday, December 20.  Read 1 Samuel 2:1-10.  1) This text is the prayer of Hannah.  How would you describe the tone of the prayer?  2) How did Hannah view herself, and why was she rejoicing with respect to God’s action in her life?

Brightest and Best
by Reginald Heber, 1827

Brightest and best of the stars of the morning,
Dawn on our darkness, and lend us thine aid;
Star of the East, the horizon adorning,
Guide where our infant Redeemer is laid.

Cold on His cradle the dew-drops are shining,
Low lies His head with the beasts of the stall;
Angels adore Him in slumber reclining,
Maker and Monarch and Saviour of all.

Say, shall we yield Him, in costly devotion,
Odours of Edom, and offerings divine?
Gems of the mountain, and pearls of the ocean,
Myrrh from the forest, and gold from the mine?

Vainly we offer each ample oblation,
Vainly with gifts would His favor secure;
Richer by far is the heart’s adoration,
Dearer to God are the prayers of the poor.

Brightest and best of the stars of the morning,
Dawn on our darkness and lend us thine aid;
Star of the East, the horizon adorning,
Guide where our infant Redeemer is laid.

O Lord, My soul magnifies You, and my spirit rejoices in You because You have paid attention to the lowly including Mary, the mother of our Lord. You are mighty and have done great things for us. Holy is your Name, and your mercy is from generation to generation.

You have shown your mighty arm. You have scattered the proud in the conceit of their heart. You have exalted the lowly and filled the hungry with good things. We are mindful of your great mercy, for which we give thanks on the eve of our celebration of Jesus’ birth.

Merciful God, we pray this in the name of Jesus. Amen.

Last Glimpse?
What does this last glimpse of Mary teach us about Jesus and discipleship?
by Phil Ware

Part of me wishes I could have been alive and seen Jesus face-to-face in his earthly ministry. The idealistic part of me wonders what his miracles looked like when he did the impossible (How in the world did he make 5+2=5000 when he fed the masses with a few loaves and fish and how did he walk on the raging waters of the Sea of Galilee?)

The introspective part of me wonders if I would have believed in Jesus before his death and resurrection, or if I would have been like the religious folks whom he irritated and who later put him to death? The people-watcher in me really wonders how the family of Jesus worked, since his mom knew this incredible secret about her son and his siblings tried to figure out their weird brother!

The last few times we hear about Mary intrigue me. So much of a conversation involves the tone of what is said and the body language used when it is said. So I would love to have been there when the following dialogue took place:

As Jesus was saying these things, a woman in the crowd called out, “Blessed is the mother who gave you birth and nursed you.”

Mary is called “highly favored” by the angel (Luke 1:28) and “blessed” by Elizabeth (Luke 1:42). And the woman in the crowd is simply voicing what many must have thought over the centuries in anticipation of the Messiah: “To be the mother of the Lord’s Messiah, our Savior, and Deliverer, would be a great blessing, indeed!”

However, Jesus didn’t let the focus rest on Mary, but instead points the focus to obeying the will of God and the blessing there for all of us! This is not a rebuke of the woman who said these words of admiration for Mary. It is not a rebuke of Mary as God’s specially chosen one to be the mother of the Messiah. However, it is a reminder that the greatest blessing we received from Mary is that she always points us to Jesus! The focus of God’s story is not her, but her on her son and her Savior, who happens to be our Lord.

Nowhere is this more powerfully emphasized than in our last direct glimpse* of Mary in the New Testament. Jesus has been crucified and raised from the dead. Before Jesus ascended back to the Father, he directed his followers to stay in Jerusalem and wait for power from on high, the gift the Father had promised them, the Holy Spirit (Acts1:1-4). So the apostles and closest followers of Jesus went back to Jerusalem and gathered in an upper room to pray. Luke describes the situation with these words:

They all joined together constantly in prayer, along with the women and Mary the mother of Jesus, and with his brothers (Acts 1:14).

In this final glimpse of Mary, we see her gathered with the other disciples in prayer, along with Jesus’ brothers. They are not held up as uniquely special or important in this group. In fact, they are mentioned quite simply. We know that Jesus’ brothers had not believed in him during his ministry, but apparently, after his resurrection, they became his followers and joined Mary in doing what Jesus had commanded. Jesus was no longer primarily her son: he was now her Messiah. He was no longer their brother; he was their Lord!

Mary had now completed the glorious, and yet sometimes torturous, journey from mother to disciple:

All along this journey, we are invited to share in the wonder of God made flesh in Jesus. We see this wonder through the eyes and actions of Mary. We are amazed because Mary always leads us to Jesus — the real Jesus. And now as we gaze through this last window, we learn the greatest wonder of all: if we will join Mary in following Jesus, we can be part of Jesus’ forever family, too!

* While this is the last specific mention of Mary, Mary’s influence is felt and seen when you compare the Magnificat and much of the teaching of Jesus, and later, Jesus’ brother James — as mentioned in an earlier message in this series. In addition, Mary quite possibly furnishes the historical information on much of Luke chapters 1 and 2 as well as John chapter 2 and some other glimpses of Jesus in the gospels as treasures all these events in her heart (Luke 2:19 and Luke 2:51).