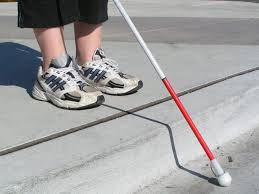 This week’s devotional prepares its readers for the March 11 sermon entitled, “‘Be quiet,’ many told him.”  Last week Jesus was telling Peter to not talk about Jesus’ identity.  This week the crowds are telling the blind man to quit calling out to Jesus.

Monday, March 5.  Read Isaiah 9:2-7.  1) What does Isaiah say about the time of darkness?  2) What will happen to the people who have walked in darkness?  3) How do you think God will accomplish this?

Thursday, March 8.  Read Matthew 15:1-20.  1) Of what were the Pharisees accusing Jesus?  2) What did Jesus say about people who talk one way and act another?  3) What happens when one blind person tries to lead another blind person?

Dear Lord, open our eyes that we may see. We acknowledge that we are blind, stumbling around in the dark. Lord, open our eyes and heal the blindness in us. Give us perfect vision so that we can see our own sins, the brokenness of people all around us, and the reality of your presence in our dark world. May we recognize your truth when we see it. In Jesus’ name we pray this, Amen.

Lord, I was blind: I could not see
in thy marred visage any grace;
but now the beauty of thy face
in radiant vision dawns on me.

Lord, I was deaf: I could not hear
the thrilling music of thy voice;
but now I hear thee and rejoice,
and all thine uttered words are dear.

Lord, I was dumb: I could not speak
the grace and glory of thy name;
but now, as touched with living flame,
my lips thine eager praises wake.

Lord, I was dead: I could not stir
my lifeless soul to come to thee;
but now, since thou hast quickened me,
I rise from sin’s dark sepulcher.

Lord, thou hast made the blind to see,
the deaf to hear, the dumb to speak,
the dead to live; and lo, I break
the chains of my captivity!

Seeing Face to Face
I wonder what He will look like?
by Johnnie Ann Gaskill

See how very much our heavenly Father loves us, for he allows us to be called his children, and we really are! But the people who belong to this world don’t know God, so they don’t understand that we are his children. 2Yes, dear friends, we are already God’s children, and we can’t even imagine what we will be like when Christ returns. But we do know that when he comes we will be like him, for we will see him as he really is. (1 John 3:1-2 NLT)

I was deeply moved as I watched a documentary about twin brothers. They had decided to undergo experimental surgery which they hoped would reverse the blindness caused by an inherited eye disease. Although they’d been able to see at birth and for several years thereafter, retinitis pigmentosa had gradually robbed them of sight. In fact, many years had passed since either had seen his own face.

As the brothers talked together prior to their surgeries, both said they wanted to see the faces of their loved ones most of all. One of the brothers also said, “I hope I can see grass again. I know it’s out there. I can feel it and smell it, but I can’t see it.”

The other said, “I want to see the stars again.”

As they talked about all the things they longed to see, the thought of being able to do so filled them with such emotion that they could scarcely speak.

During the agonizing days of waiting to find out if the surgeries had been successful, one of the men said he wanted to see the face of the surgeon.

The day he was able to do so, he began to cry. “I’ve never seen an angel before,” he whispered.

Others who have been given another chance at life feel the same way. They, too, use the word “angel” to describe the one who came to their rescue. Whether they were pulled from raging waters or carried from a burning building or given a kidney or shown some other kind of mercy, they feel as if an angel sent from God did for them what no one else could or would do. Anyone who has received such life-changing help wants to see and thank the “angel” who came to his or her aid.

Christians feel that way about Jesus. That’s why we love to sing such songs as Carrie E. Breck’s “Face to Face” and Andrae’ Crouch’s “Soon and Very Soon.”

And we love to read the Scriptures on which the hymn writers based their lyrics. For example, the last chapter of the last book of the Bible (Revelation 22) assures us that one happy day we will indeed see our Savior’s face. We will look upon the One to whom we owe our very lives, upon the One sent to earth by God in order to seek and to save those who were, so to speak, on “death row,” having no hope of escaping the death sentence that had been given to them because of their sins….

Until that time, we’ll have to be content with talking (praying) to Him. But as we wait to see Him face to face, we can express our gratitude in another way. We can tell others about the wonderful Savior who came into our lives and changed the very course of our earthly existence and the eternal one that is to come….

© Johnnie Ann Burgess Gaskill. This article is reprinted here with their kind permission.