This devotional prepares its readers for the March 11 sermon, “They began planning how to kill him.”  The context of this text is the occasion of Jesus’ ridding the Temple of the predatory money changers.  These were merchants who changed currency for foreign pilgrims into the local currency at an exorbitant rate, and then sold animals for sacrifice at inflated rates.

Wednesday, March 14.  Read Matthew 14:3-12.  1) What had John the Baptist been telling Herod and what was Herod’s reaction to that?  2) What did Herod do to John the Baptist?  3) What similarities do you see today in their reaction to hearing things they don’t want to hear?

Dear Father, we do not want to listen to you selectively.  To only select those things that bring us comfort or appeal to our romantic nature or way of ease.  Help us to follow you up Calvary carrying our own crosses.  Willing to pay whatever the cost is. It is hard Lord, but through your Spirit we can do it.  In Jesus’ name.  Amen.

Beneath the Cross of Jesus
Elizabeth Clephane, 1868

Beneath the cross of Jesus
I long to take my stand –
the shadow of a mighty Rock
within a weary land,
a home within the wilderness,
a rest upon the way,
from the burning of the noontide heat,
and the burden of the day.

Upon that cross of Jesus
my eyes at times can see
the very dying form of One
who suffered there for me;
and from my smitten heart with tears
two wonders I confess –
the wonders of redeeming love
and my unworthiness.

I take, O cross, your shadow
for my abiding place;
I ask no other sunshine
than the sunshine of his face,
content to let the world go by,
to know no gain nor loss,
my sinful self my only shame,
my glory all the cross.

Even if It Means a Cross
Do we really only want the Cross to define us?
by Phil Ware

And he said to all, “If any man would come after me, let him deny himself and take up his cross daily and follow me. For whoever would save his life will lose it; and whoever loses his life for my sake, he will save it. For what does it profit a man if he gains the whole world and loses or forfeits himself? (Luke 9:23-25 RSV)

We’d like to have a “Tinkerbelle Jesus” — a Jesus who can fix all our problems in our personal lives, then when we die at a ripe old age in our sleep, can sprinkle a little fairy dust on us so we can fly home to God and receive our eternal reward.

Now we really don’t like to admit this truth, of course, at least not in those unvarnished and raw of terms. However, if we get really honest with our expectations, that’s what we really want. We don’t want to have to grow up and find a faith that sustains us through hard times because we live in a broken world where sin mars and bad things happen to perfectly good people. We love that Jesus is our Savior, Redeemer and Friend — and he is each of these and more! We just have a hard time with that “Jesus is Lord” part where the Cross became his destination and might possibly become our own!

We’re not alone. Even Jesus’ closest followers in the days of his earthly ministry, wouldn’t hear his message of the cross before it happened. Even though Jesus warned them three times in clear language, most didn’t get it. Sure, some were fearful at what awaited in Jerusalem that final trip. Some even realized that danger and death might be lurking. Something tells us, however, that they really didn’t believe Jesus would let that happen.

As Jesus moved ever closer to entering the Holy City for that last time, they jockeyed for position. Some wanted to be on his right hand and left hand when he seized power. The crowds, who welcomed him with palm branches and shouts of triumph, were expecting the Kingdom of God to break forth at any moment. Jesus seemed to have even stoked the fires of anticipation and conflict as he entered the Temple, ran out the moneychangers, took on the religion scholars, and made his presence boldly known.

None of Jesus’ followers anticipated that the crowds’ shouts of triumph would turn into calls for his crucifixion by week’s end. None expected that one of Jesus’ closest followers would betray or that his most vocal follower would deny, with cursing, that he ever knew Jesus. None expected the rest to run away and hide in the room where they had just had the Last Supper with their Lord whom they believed to be the Messiah of Israel.

So it is not surprising to me today when folks want to hear the voice of the “Tinkerbelle Jesus” preachers who promise everything good and nothing bad. It’s a watered-down Christianity without the Cross, an empty Easter without the Passion, and the promise of a Savior without the need to follow the Lord.

Dietrich Bonhoeffer’s reminder of Jesus’ words and Jesus’ model sacrifice seem as drowned out today as they were in his own day — when the Nazi boot descended upon Germany and many of the religious leaders capitulated to Hitler’s plans. Bonhoeffer said, “When Jesus calls a man, he calls a man to come and die.” Ouch! Not a popular message in any era. Bonhoeffer’s words were more than words: he proved he heard that call of the Cross in many ways, including his own martyrdom at the Nazi’s hands. 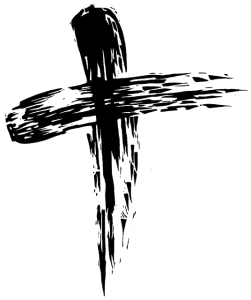 The Cross, in Jesus day, was an awful torture stick used by the ancient Romans to shame, wound, and kill through humiliation all in the name of preventative justice. Jesus’ Cross, the real and awful Cross — not some token piece of jewelry or good look symbol — extends its shadow over this week and our lives because of the coming Easter weekend. That Cross reminds us that without dying with Jesus and sharing in his Cross, there is no resurrection to Jesus’ life.

So as we journey to the joy, the victory and the assurance of this coming Sunday, let’s not skip over the Cross which makes the resurrection so powerful, startling, and life-changing. As Mel Gibson’s The Passion of the Christ so visually reminded us, there was an awful price paid by God to redeem us and bring us to glorious hope. As Jesus’ words to his followers remind us, there is no shortcut for us around the Cross and there is no room for Christians who refuse to grow up, who want to cling to a Tinkerbelle Jesus instead of the Lamb who was slain, who is also the Lion of the tribe of Judah.

More than anything, the Western church needs to remember that shadow of the Cross calls us to the life of Jesus, the sacrifice of Jesus, and the integrity to stand up for those everyone else ignores … no matter the cost to us personally. Only then will Resurrection Sunday dawn with hope for changing the world by the power of God’s grace and Jesus’ love.