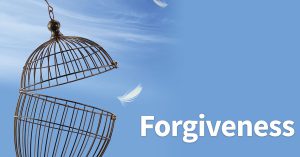 Monday, June 11.  Read Matthew 18:1-10.  1) Why do you think Jesus called attention to a little child?  2) What does our relationship to children say about our relationships with people in general?  3) What is any human’s responsibility to another human being?

Wednesday,  June 13.  Read Matthew 18:15-20.  1) To what extent does Jesus say we should go to restore a broken relationship?  2) How does the community of disciples take a role in this?

Friday, June 15.  Read James 2:12-13.  1) What does Jesus say will be basis of our own judgment?  2) What is the prerequisite for receiving mercy from God?  3) What challenges does this create for you?

Amazing grace! how sweet the sound,
That saved a wretch; like me!
I once was lost, but now am found,
Was blind, but now I see.

’Twas grace that taught my heart to fear,
And grace my fears relieved;
How precious did that grace appear
The hour I first believed!

The Lord hath promised good to me,
His word my hope secures;
He will my shield and portion be
As long as life endures.

When we’ve been there ten thousand years,
Bright shining as the sun,
We’ve no less days to sing God’s praise
Than when we first begun.

Inside church, forgiveness is talked about every weekend. But, when you get outside the walls of church, the reality seems, at times, to be an unexplainable mystery, one that people have trouble grasping.

The latest celebrity messes up and Entertainment Tonight produces an exclusive on damage control and image repair. “Is this the end of the line?” “Will the fans forgive?” Spin-doctors twist words and write scripts designed to garner favor and that illusive declaration of “forgiveness.”

You don’t have to be a Christian to know that without forgiveness you are stuck. The festering wounds of betrayal and humiliation, the corrosiveness of disgrace and dishonor, and the unwillingness to turn loose of hoarded hurts, lingers long past the “sin.”

How do you recover from bad choices and what could have been?

Forgiveness, but it’s demanding and bewildering. In the end, it’s a choice — an exacting and misunderstood course of action. Some, outside the faith, label it crazy, or even a symbol of “brain damage.”

This forgiveness is not just limited to the public failures and private indiscretions; it reaches down to all the “minor” installments that have been stacked away in our pain bank.
As I see it, there are two dangerous forgiveness myths that need to be busted:
Forgiveness takes away the consequences. Get that out of your head.
Forgiveness has to be earned. Forgiveness means you turn loose of this mess regardless of what the other person wants, or does.

You CAN be a forgiving person, because God has given you the power. You can forgive someone else because God has forgiven you. He has shown you the way. When you choose to refuse to hurt the person who has hurt you, you write a story of grace over a bottomless pit of festering pain. And, your choice not only releases the person who has wronged you, but it unleashes the best in you.

Get rid of all bitterness, rage and anger, brawling and slander, along with every form of malice. Be kind and compassionate to one another, forgiving each other, just as in Christ God forgave you (Ephesians 4:31-32).

Does this sound impossible in your situation? Prayerfully read through the following story and see how God uses it to speak to your heart.

After an argument with her mother, Debbie stormed out of the house and wasn’t heard from for days. Betty, Debbie’s mother, thought maybe her daughter had run away. Following days of agony, the police found Debbie’s 16 year-old body in a nearby creek. She had been raped and strangled.

The investigation seemed to be stuck, so Betty took matters into her own hands. “I saw something in the newspaper,” said Betty. “The wire that was embedded around Debbie’s neck, wrists and ankles was copper-coated wire. I remember hearing the police say that.”

With the help of a private detective, Betty connected the wire to Debbie’s favorite high school English teacher, Raymond Payne. Months later the police matched the wire. Payne was arrested.

He pleaded guilty and was convicted of first-degree murder. Then he was sentenced to life in prison.

Hatred consumed Betty like poison. “I hated him more than I hated anyone in my life,” Betty said. “I dragged that hate with me everywhere I went.”

Her unwillingness to forgive was distorting her life. She was in a prison without bars, but a prison just the same. Then, six years after Debbie’s death, Betty made a startling decision. She chose to forgive Ray.

Betty visited him in prison to tell him about her decision. The guard opened the door, and Ray came into the room. She opened her arms and he opened his. They stood there in the middle of room, hugging and crying.

Consequences continued, but the pit of bitterness emptied.

In the summer of 1993, Reginald Denny drove his truck into the riots of South Central Los Angeles. He was stopped at the intersection of Florence and Normandie when two men jumped him, pulled him from his truck, beat him with a broken bottle, and kicked him until both sides of his face were caved in. All the while, video cameras in the helicopter above captured every detail.

Months later at the close of the trial, as the two men were being led away from the courtroom, Denny pulled a surprise move. Defying the advice of his own lawyers, Denny walked over to the mothers of the two defendants and hugged them. He told them that he had chosen to forgive their sons. Tears filled the eyes of everyone in the room.

God was honored, grace was experienced, and brokenness was healed.

One news reporter responded, “Well you know Denny did suffer some brain damage.”

Isn’t it past time to release your hoarded stash of resentment and bitterness and buried anger? God sent his Son, to forgive you, to show you what it takes to forgive others, regardless. Make that forgiveness decision now. And, get a hug from God.

It’s your choice. Choose to honor God, experience grace, and heal brokenness. Or…

Then Peter came to Jesus and asked, “Lord, how many times shall I forgive my brother or sister who sins against me? Up to seven times?”

Jesus answered, “I tell you, not seven times, but seventy-seven times.

“Therefore, the kingdom of heaven is like a king who wanted to settle accounts with his servants. As he began the settlement, man who owed him ten thousand bags of gold was brought to him. Since he was not able to pay, the master ordered that he and his wife and his children and all that he had be sold to repay the debt.

“At this the servant fell on his knees before him. ‘Be patient with me,’ he begged, ‘and I will pay back everything.’ The servant’s master took pity on him, canceled the debt and let him go.

“But when that servant went out, he found one of his fellow servants who owed him a hundred silver coins. He grabbed him and began to choke him. ‘Pay back what you owe me!’ he demanded.

“His fellow servant fell to his knees and begged him, ‘Be patient with me, and I will pay it back.’

“But he refused. Instead, he went off and had the man thrown into prison until he could pay the debt. When the other servants saw what had happened, they were outraged and went and told their master everything that had happened.

“Then the master called the servant in. ‘You wicked servant,’ he said, ‘I canceled all that debt of yours because you begged me to. Shouldn’t you have had mercy on your fellow servant just as I had on you?’ In anger his master handed him over to the jailers to be tortured, until he should pay back all he owed.

“This is how my heavenly Father will treat each of you unless you forgive your brother or sister from your heart” (Matthew 18:21-35 NIV).