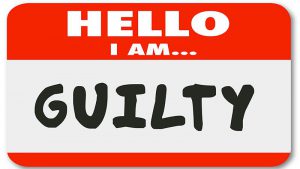 This devotional prepares readers for the July 1 sermon, “Pay attention to my prayer” from Psalm 130. This is the first sermon from the Psalms in this year’s cycle of sermons, and it takes a look at the model offered in this Psalm of guilt and confession. It is out of guilt and confession that hope springs. Read and be encouraged.

Monday, June 25. Read Psalm 38.  1) How did this Psalmist experience the results of his sin?  2) How was his life in conflict with his sin?

Tuesday, June 26. Read Psalm 51.  1) This Psalm is attributed to David.  For what is David pleading?  2) What does David say that God desires from us?

Wednesday, June 27.  Read Psalm 103.  1) What does the Psalmist say about how God deals with sins?  2) What do you learn about the character of God in this Psalm?

Savior, hear me, while before Thy feet
I the record of my sins repeat
Stained with guilt, myself abhorring
Filled with grief, my soul outpouring
Canst Thou still in mercy think of me
Stoop to set my shackled spirit free
Raise my sinking heart, and bid me be
Thy child once more (once more)?

Back with all the guilt my spirit bears
Past the haunting memories of years
Self and shame and fear despising
Foes and taunting fiends surprising
Savior, to Thy cross I press my way
And a broken heart before it lay
Ere I leave, O let me hear Thee say
It shall be thine (be Thine)!

All the rivers of Thy grace I claim
Over ev’ry promise write my name
As I am I come believing
As Thou art Thou dost, receiving
Bid me rise a freed and pardoned slave
Master o’er my sin, the world, the grave
Charging me to preach Thy pow’r to save
To sinbound souls (bound souls)

We are truly sorry, and we humbly repent.
For the sake of your Son Jesus Christ,
have mercy on us and forgive us;
that we may delight in your will,
and walk in your ways,
to the glory of your Name.

Sin and Grace
by Rubel Shelly

Sin and grace. They are rather old themes to Christians. Yet headlines in the popular press indicate how surprising they can be to many. Here is what happened.

Pope Francis seems to have shocked many by comments he made about abortion, contrition, pardon, and community. Specifically, newspapers ranging from USA Today to the Washington Post to London’s Guardian — among many others — ran articles commenting on a letter he wrote to priests about abortion.

For Roman Catholics, a variation on the biblical Year of Jubilee (Leviticus 25:8ff) begins in December 2015. In the Old Testament, this was an event (which seems never to have been actualized with any consistency) set for every fiftieth year when debts were to be cancelled, land returned to its original owners, slaves given their freedom, and the like. It was a year of grace and pardon.

Consistent with that theme, Pope Francis authorized priests to communicate forgiveness and acceptance by the church for the sin of abortion. A woman who has had an abortion need only communicate her remorse to a priest to have her excommunication lifted, pardon conveyed, and be readmitted to communion.

Yes, we Protestants have serious theological problems with the notion of forgiveness being sought and granted through a human hierarchy. But that isn’t really the point here. It is to reflect on the fundamental ideas of sin and grace.

In the first place, some of the pieces I read — especially the online posts from readers — made fun of the idea of sin generally and sexual sin in particular. We live in a time of such moral confusion that nobody can sin. Each person simply makes up his or her own rules. And nobody can call anything “wrong” or “sinful” without being a bigot. Holding to an absolute norm seems to be the only sin some people are willing to name! Yet study after study and person after person expresses a sense of widespread guilt over such things as abortion or adultery.

Furthermore, reactions to Pope Francis tended to doubt that very many Catholics would “line up to receive” pardon for abortions. Perhaps. But those numbers likely will never be known because of the confidentiality of confession. Yet if guilt is real, the urgency of forgiveness is equally real. The notion that one can simply “forgive herself” for any real or imagined guilt in her past is shallow. “Forgiving myself” is as nonsensical as “sitting in my own lap.” One can use the words, but pardon is not a self-referential term. At best, I can accept forgiveness from a fellow-human or God, but I can’t forgive myself. Forgiveness must come from the one who has been wronged, not the one who committed the offense.

That brings us to the biblical truth that pardon is already on deposit. Grace is the essence of God’s being toward his human creatures. The single individual who was without sin in history made a sacrifice of himself for the rest of us. And the pardon he secured is now a free gift to all who will receive it.

Maybe the headlines will move someone to go back to the old and central good news about sin and grace. There is no sin too great to be forgiven.

Since we have now been justified by his blood, how much more shall we be saved from God’s wrath through him! For if, while we were God’s enemies, we were reconciled to him through the death of his Son, how much more, having been reconciled, shall we be saved through his life! Not only is this so, but we also boast in God through our Lord Jesus Christ, through whom we have now received reconciliation.(Romans 5:6-11)