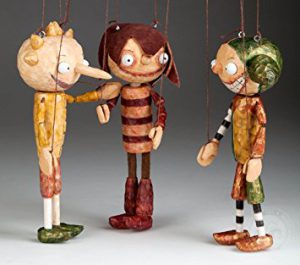 I was visiting a historic church some years ago and picked up a short history of the congregation. I learned that its first sanctuary had burned to the ground on December 3, 1903. “No doubt, to train his people for greater things,” the account read, “it pleased the Lord to reduce this splendid edifice of worship to a gutted, smoldering ruin by a disastrous fire.” Who would have guessed that God delights in burning churches down? The familiar spiritual catchphrase of our day, that “God has a plan for everything,” may have been absent from the narrative. But the idea was there all the same.

Pious clichés often use God to explain away difficult or tragic circumstances. My sense is that language of “God’s plan” brings a measure of comfort to many who feel a loss of control in a universe that is not always safe, predictable, or friendly. Assigning blame or credit to God for outlandish things can make hard or inexplicable situations suddenly seem reasonable.

Two weeks ago, a helicopter lifted a 19-year-old in our congregation to a regional hospital after a hit-and-run driver skipped a stop sign and plowed into his motorcycle. When a family friend learned that Pete’s right leg had to be amputated, she phoned Pete’s mother to reassure her that this hardship was part of God’s plan for Pete. The mother was aghast. As she explained to me later, this bit of folk wisdom falsified her own experience and faith. Wasn’t there more reason to fear rather than love a God this morally ambivalent or malevolent?

The quick answer would be yes. Interpreting God’s sovereignty to mean that God causes all circumstances to occur is a dangerous theological game to play. It turns people into passive subjects of a God who has a penchant for displaying power chaotically. Like marionettes dangling helplessly in thin air, we’d be forced to move through life while a stage-managing God yanks our strings whenever God pleases. Scripture doesn’t lend credence to this idea. Jesus never counsels people to accept their suffering as the Lord’s will. God may work in inscrutable ways, but there’s no evidence that God works in nonsensical ways.

When South African church leader Peter Storey’s father was dying of heart disease in his fifties, Storey was angry. “Why should this remarkable man be taken so soon?” he asked. But one day when the two were together, the father explained to his son: “Peter, God has trusted me with this illness.” Peter notes that his father did not say, “God has sent me this illness.” Instead, what he was saying was, “Now that I have this disease, God is trusting me with the bearing of it.”

How we bear our suffering can make all the difference in the world for how we love life, express faith, and avoid cheapening God. My 19-year-old friend Pete is already living his new one-legged life with great courage and hope. What he looks for now is God’s sustaining presence, not God as the cause of his suffering.