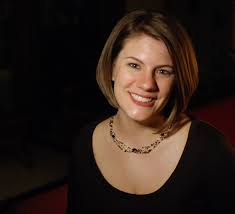 The abusive theology of “deserved” tragedy…
by Rachel Held Evans

It took him less than 24 hours.

When news broke about the tornadoes in Oklahoma, I, like so many others, felt a tightness in my chest. Tears gathered in my eyes. I looked at the pictures and breathed the first frightened, horrified prayer to reach my lips. “No. Please no.”

Then, before I could stop it, an awful thought popped into my mind: “Oh no. How long will it take John Piper to get on the radio, TV, his blog, or Twitter to explain to the world that this was God’s judgment on sin and tell the parents who lost children in this tornado that they got exactly what they deserved?”

But mark my words, within the next 24 hours, a blog post will appear, explaining it all away.

Because this is what John Piper does whenever there is a tornado…or earthquake…or shooting…or war.  While the world is still in shock, while we struggle to find the words to convey our grief and compassion and to weep with those who weep, he jumps in with an explanation, and it’s always the same: Bad things happen because God is angry. This is God’ judgment on undeserving, sinful people. Repent. We brought this on ourselves.

That’s because Piper and many in the fundamentalist neo-Reformed movement are working off of a perversion of the doctrine of total depravity that not only teaches that human beings are depraved—that is, that our humanity is marred by sin—but that this depravity renders the world’s men, women, and children into valueless objects of god’s wrath, worthy of nothing more than eternal torture, pain, violence, and abuse. Therefore, natural disasters (such as the recent tornado outbreak, the Asian tsunami of 2004, the Japanese earthquake, sickness, cancer, accidents) as well as evil perpetuated by others (the Sandy Hook shootings, the Boston bombings, the Holocaust, 9-11) are merely expressions of this god’s unending, unquenchable, and unpredictable wrath upon humankind. Sin triggers in god a sudden outburst, a violent temper tantrum, and humanity is exposed to a brief glimpse of what this god really thinks of us, what we all really “deserve.”

Piper’s response to the Asian tsunami summarizes the view well:

“The point of every deadly calamity is this: Repent. Let our hearts be broken that God means so little to us. Grieve that he is a whipping boy to be blamed for pain, but not praised for pleasure. Lament that he makes headlines only when man mocks his power, but no headlines for ten thousand days of wrath withheld. Let us rend our hearts that we love life more than we love Jesus Christ. Let us cast ourselves on the mercy of our Maker. He offers it through the death and resurrection of his Son This is the point of all pleasure and all pain. Pleasure says: “God is like this, only better; don’t make an idol out of me. I only point to him.” Pain says: “What sin deserves is like this, only worse; don’t take offense at me. I am a merciful warning.”

When a bridge collapse killed several families in Minneapolis in 2007, Piper told his eleven-year-old daughter that God let the bridge fall so that people would fear him. When a tornado hit the city, he blamed it on the Evangelical Lutheran Church of America for its position on homosexuality. When asked about violent texts from the Old Testament, Piper proclaimed “it is right for God to slaughter women and children anytime he pleases.”

Piper’s god is like an abusive father, filled with unpredictable rage. His family must walk on eggshells, afraid of suddenly enraging him. Should he be provoked, this god will lash out with deadly, earthquakes, tsunamis, violence and war.  When his family cries out in anguish, he reminds them that they deserve no better. They are despicable, rotten to the core, so even in their pain they are doing “better than they deserve.” The fact that any have been spared merely proves his “love.”
This theology is, in a word, abusive, for it blames the victim for whatever calamity, abuse, or tragedy she suffers and says it is deserved.

If you think this theology is merely cerebral, with no real-world implications, consider the case of Sovereign Grace Ministries.

Founder C.J. Mahaney is famous for teaching his followers that “we are all doing better than we deserve,” even when we suffer unspeakable tragedy and pain. Mahaney is one of several ministry leaders recently named in a class-action lawsuit alleging they failed to report multiple cases of child sex abuse within the ministry, urging the children who had been abused to “reconcile” with their abusers and counseling the abusers on how to avoid investigation and arrest.  The lawsuit alleges decades of brutal sexual abuse of young children–boys and girls– from the 1980s on, at both Covenant Life Church, and Sovereign Grace Church of Fairfax. The Covenant Life plaintiffs even describe a gang rape where adults wore masks and the victim was an 8-year-old girl at the church-run elementary school and at other church functions. The accusations say children were forced to meet and forgive the accused, and pastors failed to notify other families– so the perpetrators went on to prey on other children.

Because many of the alleged victims did not sue within three years of turning 18, a judge recently had to dismiss much of the lawsuit, though the pastors and churches charged in the lawsuit could still face criminal charges because there is no statute of limitations on felonies.

Despite multiple reports of abuse, and  repeated efforts to dodge investigation by appealing to religious freedom  Sovereign Grace ministries has enjoyed the unwavering support of John Piper, Al Mohler and the Southern Baptist Convention, Tim Challies, and other Reformed leaders. Piper recently made a public statement, praising Sovereign Grace and “what God is doing in it across the country and around the world.”

“But this is the way the false gospel works, and it’s an old, old story. This false gospel starts with a false god – a god who is anger. Yes, the god of this SGM movement was said to be just that – gracious – but the seedy backdrop behind this notion of grace is a god of sadistic and irrational rage. C.J.’s famous quip that we are all doing “better than we deserve” is grounded in the idea of a god of such cruelty that no matter what injustice we may have suffered in life – or perpetrated – all is better than what we really deserve, which is unending conscious torture at the hands of a concentration camp commander christ. So don’t complain! Stop being depressed! And if, by some miracle of miniscule probability, you have been chosen for eternal life by the sovereignly electing mind of this raging god (a matter, of course, to be discerned by your SGM elders), then no matter what happens to you post-regeneration, you REALLY have no reason to whine!

The most grotesque allegations to come out of this lawsuit have to do with the culture of “gospel-centered reconciliation” in this movement, where victims of abuse – often, children – were simply told to “forgive” and “reconcile” with their adult church member/leader abusers. I mean, it’s better than you deserve, right? So get over it…And this false gospel of reconciliation doesn’t stop here. It is not only reserved for churches fraught with sex abuse scandals. It rears its ugly head in all kinds of conservative evangelical circles, taking the similar shape of pain-denying theologies that counsel victims to get over it and get back together with those who harmed them. The gospel is about reconciliation, right? So if your spouse hits you, forgive them and reconcile. And if your kids are starving because of a father’s gambling, get some counseling from an elder and make it work, honey. And if some friends cheated you in business, or a church member is spreading vicious lies about you, or a family member won’t stop manipulating you into situations of terrible emotional pain, hey, it’s better than you deserve because you’re a hellbound sinner too, so just reconcile with them because that’s what grace means (i.e., subjecting yourself to present pains presumably less than the eternal pain of conscious torment in hellfire) This is all BS. And it’s BS because it twists the truth of the ministry of reconciliation into something that perpetuates the abuse of power instead of subversively stopping it.”

This abusive, shame-based theology that responds to disaster, abuse, and pain with calloused flippancy at best and perpetuation at worst, all because suffering is what people “deserve” anyway, has gained far too much ground within evangelicalism. It’s hurting our witness. It’s hurting the cause of Christ. It’s hurting innocent children.

But more often than not, those of us who express concern are encouraged to quiet down and make nice in the name of Christian unity. This is a mere theological difference, we are told. If the world sees us disagreeing with one another, it will hurt our witness.

I can abide differences when it comes to theology related to gender, the atonement, biblical interpretation, science, evolution, predestination and free will. Let’s debate those issues vigorously, but with grace and truth and love. But I cannot abide this theology that turns God into an abuser. I cannot abide this theology that makes God out to be a monster whose destruction is done in the name of “love.”

What does the Bible actually teach about suffering?

That we don’t know exactly why suffering happens in every situation, and we shouldn’t claim to,

That when God wrapped himself in flesh and walked among us, God suffered too.

The great irony of Piper using the book of Job to support his theology is that the story of Job stands as an ancient indictment on those who would respond to tragedy by blaming the victim. That’s exactly what Job’s friends did, and the text is not kind to them for it, because Job is described as “blameless and upright, a man who fears God and shuns evil.”

It’s like the disciples, who asked Jesus whether a blind man’s plight was the result of his sin or his parents’ sin. Jesus, somewhat incredulously, responds, “Neither this man nor his parents sinned, but this happened so that the works of God might be displayed in him.”

It wasn’t Job’s fault he lost his family, possessions, and health. It wasn’t the blind man’s fault he could not see. And only arrogant fools respond to the pain of their neighbors the way that Job’s friends responded to his—with elaborate theological explanations, blame, and calls for repentance.

We all know this, intuitively, and yet we let it sneak into too much of our theology.

So if your pastors are teaching this abusive theology, speak up. And if this theology persists in your community of faith, get out; it’s not healthy.

And if you are escaping or recovering from this abusive theology, here what I want you to know:

Let me say that again:
You do not deserve to be abused.

You are profoundly, infinitely, and intimately known and loved. You are valuable. You are precious. You matter.

And those Christians who speak eloquently, and prophecy, and claim to fathom all mysteries and knowledge, but do not exhibit this kind of love do not know God. They are just clanging cymbals, distracting us from the gentle whisper that affirms what we already know, deep inside: We are known. We are loved. We are worth dying for.

And I believe, with every ounce of my being, that this God weeps with us today.