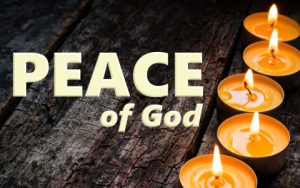 16 These are the things that you shall do: Speak the truth to one another, render in your gates judgments that are true and make for peace, 17 do not devise evil in your hearts against one another, and love no false oath; for all these are things that I hate, says the Lord.

Zechariah was among those who returned to Jerusalem from Babylon, after the Captivity.  His prophecy was written to spur the Israelites to rebuild the Temple of the Lord, destroyed in 586 when the Babylonians captured Jerusalem.  In this text, God reassures the people that they’ve paid their debt, and now it is God’s intention to bless the nation.  “I am determined to bless Jerusalem and the people of Judah.  So don’t be afraid.”  Zechariah 8:16.

God then tells the nation what he expects of them.  “Tell the truth to each other…Don’t scheme against each other.  Stop your love of telling lies that you swear are the truth.”  Zechariah 8:16,17.  Proverbs 6:16-19 declares that there are seven things that the Lord hates and one of them is “a lying tongue [and] a false witness that pours out lies.”  Proverbs 6:17,19.    This is completely relevant to our days now in the U.S. in this age of the conspiracy theory, empty promises, and lying schemes.  God told his people that a condition of his blessing them was their being people of capital T truth.

He also tells them to “render verdicts in your courts that are just and lead to peace.”  Zechariah 8:16.  One of the reasons that Judah was taken away into captivity was because of her treatment of people – the poor, the alien, the weak, etc.  In this command to render just verdicts is a call to return to compassion and justice as the fundamental basis of all their relationships.  Again, compare what God is calling his people to with the way that the rich and empowered of the U.S. are indifferent to those who don’t have what they have.  Just and compassionate treatment of others leads to relationships marked by their peace.

Zechariah ends this text with this.  “So love truth and peace.”  Zechariah 8:19.

A Mighty Fortress
by Martin Luther, 1529

A mighty fortress is our God,
a bulwark never failing;
our helper he, amid the flood
of mortal ills prevailing.
For still our ancient foe
does seek to work us woe;
his craft and power are great,
and armed with cruel hate,
on earth is not his equal.

Did we in our own strength confide,
our striving would be losing,
were not the right Man on our side,
the Man of God’s own choosing.
You ask who that may be?
Christ Jesus, it is he;
Lord Sabaoth his name,
from age to age the same;
and he must win the battle.

And though this world, with devils filled,
should threaten to undo us,
we will not fear, for God has willed
his truth to triumph through us.
The prince of darkness grim,
we tremble not for him;
his rage we can endure,
for lo! his doom is sure;
one little word shall fell him.

That Word above all earthly powers
no thanks to them abideth;
the Spirit and the gifts are ours
through him who with us sideth.
Let goods and kindred go,
this mortal life also;
the body they may kill:
God’s truth abideth still;
his kingdom is forever!

Dear Father, All around us is a sea of lies.  Lies about people, lies about power, lies about self-interest.  Lies everywhere.  It is tempting, at times, to submit to the false promises of lies.  To believe that we can improve our lives and standing with a simple lie.  But we know that you do not like a lying tongue and that lies originate from their father, the devil.  So we pray that you will help us to love and speak the truth at all times.  And to seek for godly peace with all people.  In Jesus’ name I pray this.  Amen.

Make a list of 3-5 things that you can do now that will promote peace with others.  Choose one of the items and implement it today.