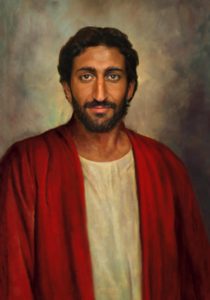 Douglas John Hall writes that Christians are only able to judge their current period of time from the vantage point of a created being. So we know what is in the headlines of the paper, the cost of milk or gasoline, or what we’ve been taught in Bible class. That human being may have no bigger dream than to get a raise or a new job. Or s/he may realize to a small degree that there is a better future that has not been realized yet. However, the man Jesus did, in fact, give us a glimpse of God’s big future, and Jesus made it real in his life.

Paul said that Jesus “imaged” God. As Paul wrote to the Philippians, Jesus was “in the form of God” but God has exalted him now, and everything bows down to him. The future of God is rolling forward.

Philippians 2:5-11
5 Let the same mind be in you that was in Christ Jesus,

6 who, though he was in the form of God,
did not regard equality with God
as something to be exploited,
7 but emptied himself,
taking the form of a slave,
being born in human likeness.
And being found in human form,
8 he humbled himself
and became obedient to the point of death—
even death on a cross.

9 Therefore God also highly exalted him
and gave him the name
that is above every name,
10 so that at the name of Jesus
every knee should bend,
in heaven and on earth and under the earth,
11 and every tongue should confess
that Jesus Christ is Lord,
to the glory of God the Father.

God of the Cross. God who defeated death and chained up sin. God who calls the lion to lie down with the lamb. What a glorious future you have shown us in Jesus! This future fills us with hope as we think about a reality with no politics, no war, no malice. A world where people dwell in harmony and have continual embodied companionship with you. For this, we give thanks through Christ. Amen.