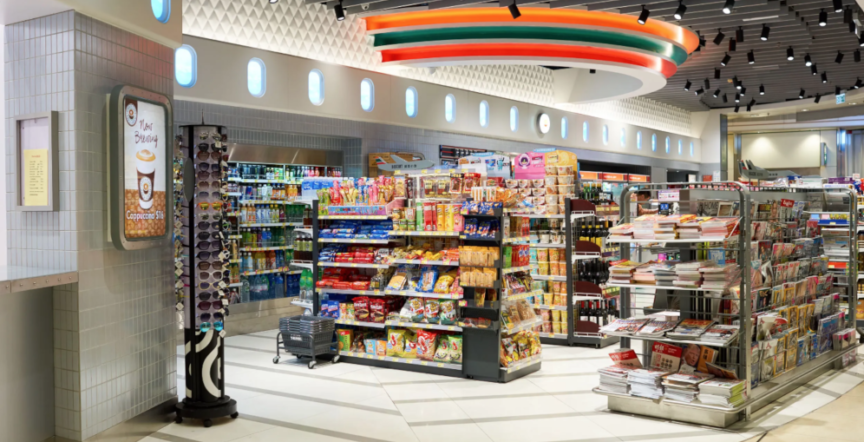 When you say “Convenience,” most people want to add the word “store” to the expression — “convenience store.” The little stores, scattered all over the world are designed to be as convenient as possible for their shoppers. So you can buy bread or milk while you fill up your car. I would like to suggest that “convenience” can also be seen in the company of “church.” All of this caused me to wonder what most American “Christians” would do if “church,” as we normally think of it, was not convenient. The sermon next Sunday explores this idea.

Monday, August 1. Read Matthew 10:12-15. 1) Jesus sent his disciples out on a mission trip. What houses did Jesus say were “worthy” to receive the disciples of Jesus? 2) What was the difference between those who were worthy and those who are not?

Wednesday, August 3. Read Acts 19:11-20. 1) What was Paul doing in the beginning of this text? 2) What did some “itinerate Jewish exorcists” attempt to do? 3) Why were they not able to do it and what happened as a result?

Thursday, August 4. Read 1 Corinthians 13:1-3. 1) What did Paul say was possible, even when one does mighty things for God? 2) What is Paul calling for individuals to do if they follow God?

Friday, August 5. James 1:22-25. 1) There are two kinds of people who read the word of God. What are they? 2) Who, according to James, looks in a mirror and forgets what they just saw? 3) What do you think the implications for discipleship are?

Demanding God. Won’t-let-us-off-the-hook God. Help us to examine our motives for following you. If they are diluted by worldliness, may we abandon that, help us to devote our lives fully to you. Sell the farm. Plow straight rows. Say goodbye to human relationships that distract us. In other words, give our lives to you in the way you intended. In Jesus’ name. Amen.

To Love Someone More Dearly
by Maude Louise Ray, 1903

He had prepared, trained, and studied. Now the military insertion was to begin, a 40-day infiltration to obtain intel on fortifications, topography, enemy strength, and the best routes for the invasion to come. At age 45 he was one of the oldest men to be part of the equivalent of Seal Team 6.

The extraction was almost routine, but the debrief wasn’t. Ten of the twelve men sent in reported that their forces could never defeat the enemy. Only he and his partner forcefully recommended moving ahead with the invasion. The commanding general chose to wait. And from Numbers 13 to Joshua 3 of the Old Testament is a wait of 40 years.

Now a new general, Joshua, has led his army of Israelites in the conquest of the Land of Canaan, the same land settled by Abraham and Lot and their families some 400 years earlier.

It is then that the old combat veteran, now 80 years old, asks his friend and fellow spy for the toughest assignment. The story is told in Joshua 14:6-15.

Then the children of Judah came to Joshua in Gilgal. And Caleb, son of Jephunneh, the Kenizzite, said to him, ‘You know the word which the Lord said to Moses, the man of God, concerning you and me in Kadesh Barnea. I was forty years old when Moses, the servant of the Lord sent me from Kadesh Barnea to spy out the land and I brought back word to him as it was in my heart.
Nevertheless, my brethren who went up with me made the heart of the people melt but I wholly followed the Lord my God.’

So Moses swore that day saying, ‘Surely, the land where your foot has trodden shall be your inheritance and your children forever because you have wholly followed the Lord my God.’

And now, behold, the Lord has kept me alive, as he said, these forty-five years, ever since the Lord spoke this word to Moses while Israel wandered in the wilderness; and now, here I am this day, eighty-five years old.

As yet I am as strong this day as on the day that Moses sent me; just as my strength was then, so now is my strength for war, both for going out and for coming in.

Now, therefore, give me this mountain of which the Lord spoke in that day; for you heard in that day how that Anakin was there, and that the cities were great and fortified. It may be that the Lord will be with me, and I shall be able to drive them out as the Lord said.’

And Joshua blessed him and gave Hebron to Caleb, the son of Jephunneh as an inheritance.

Caleb was an old warrior by the time he and his family began to rout the inhabitants of Hebron. When they had finished they had become the sole tribe in the area. Caleb consistently attributed his success to the fact that he wholly followed the Lord my God.

While the lessons are numerous when studying the life of Caleb, the single ever-present aspect is his commitment to following God whether on a secret mission, unsuccessfully arguing to take the land, waiting 40 years, or finally defeating the enemy.