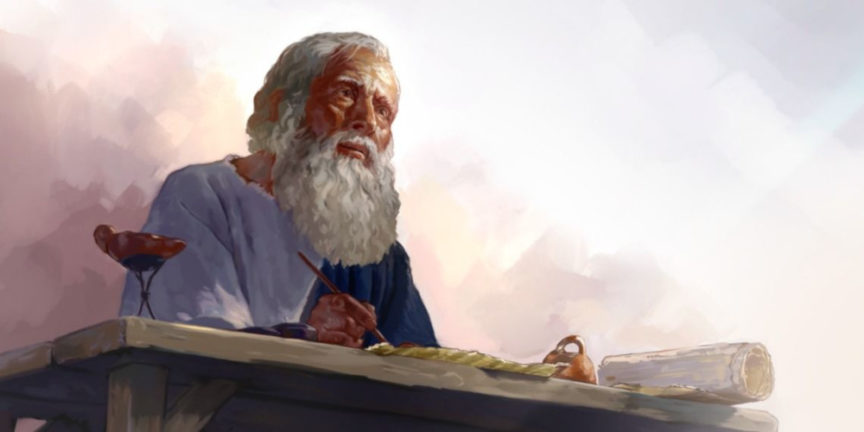 Most scholars agree that the letter of 1 John was written in the late 90’s AD.  This was during the reign of Domitian, an emperor famous for his enforcement of the Emperor cult in Rome.  He also persecuted the church, and John’s Revelation was written with Rome in mind.

In 1 John, the Apostle, it is believed, was writing to the church in Ephesus.  The letter gives hints about the stresses on the church as well as emphasizing the importance of love in the spiritual health of the church.  He said to them, “Dear friends, I am not writing a new commandment for you; rather it is an old one you have had from the very beginning.  This old commandment – to love one another – is the same message you have heard before.”  1 John 2:7.

This was particularly relevant to John’s church audience, because it appears that they had been infiltrated by false disciples, causing disruption in congregational unity. This explains John’s dwelling on the idea of love in 1 John.

Listen to John’s insistence on love’s importance to congregational health. “If anyone claims, ‘I am living in the light.’ but hates a brother or sister, that person is still living in darkness.”

Several years ago I was struck by phrasing in John that I had never paid any attention to, and it was this. “Dear children, the last hour is here. You have heard that the Antichrist is coming, and already many such antichrists have appeared….These people left our churches, but they never really belonged with us; otherwise they would have stayed with us. When they left, it proved that they did not belong with us.”

It would appear that John was saying that anyone can be an antichrist, and all they have to do is to renounce, by leaving, their commitment to fellow disciples. It would also appear that John is placing a great deal of responsibility on each of us to live in a way that is connected to other disciples.

In verse 10, John warns against doing anything that causes another disciple to stumble. John implies in his teaching, that yours and my commitment is not to an institution but to the individuals within the institution. This requires a great deal more focus and care.

Covid-19 can also tempt us to withdraw from others. In that sense, Covid is no less a threat to the church than Emperor Domitian was to the first century church.

The importance that John placed on love is evident in 1 John 3:14 when he says, “If we love our brothers and sister, it proves that we have passed from death to life.” Truly!