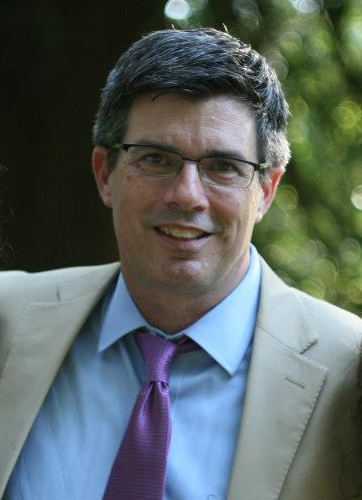 My friend, Mark Love, posted this on his blog, www.dei-iberations.com.  The thesis of the article is that the gospel when considered in its totality is startling.  It is not, as is often presented, a binary story in which we are told it is a legal standing, lost or save, justified or condemned.  Not that these are necessarily wrong, just incomplete, failing to take into account the “rich and broad language of salvation found in scripture.”  Enjoy this wonderful post.

Some implications of being startled
by Mark Love

In my last post, I suggested that there is often a connection between the word “gospel” and being surprised. The good news is not the same old, same old, because it is truly startling. And I wondered if this might be a necessary part of our salvation–that believing the shocking announcement of God’s good news results in our seeing everything differently, and thus more in line with how God sees things.

I know that this isn’t how we typically think about the word salvation. We tend to think of it as a legal standing, either lost or saved, justified or condemned. These binaries are not necessarily wrong, but they fail to take into account the rich and broad language of salvation found in Scripture. This “legal” view of salvation is only applied to the individual and misses the ecological and communal language of salvation (God is reconciling all things to himself…whether in heaven or on earth). And it’s too punctiliar, a moment in time, which fails to account for Paul’s language of “being saved,” or “working out your salvation in fear and trembling,” or “we are nearer now to our salvation than the day we first believed.”And it sets the problem of sin too feebly, seeing forgiveness and its attending guilt as the only thing to be overcome in salvation, failing to take into account the need to be liberated from the powers of sin and death and the principalities and powers which accompany them.

All of these enlarged notions of salvation would allow, even require the kind of “startled to our senses” notion I have identified related to the word gospel. In fact, if part of salvation is being liberated over time from the powers of sin and death that continuously press on us, then our need for the gospel as a startling realization would be ongoing. Our lives might be filled with multiple moments of terrifying and liberating surprises, large and small.

I am increasingly convinced that we arrange our lives with the express purpose of diminishing the element of surprise. We want our life to work out according to plan. Get an education, marry, have a career, raise kids, welcome grandkids, and retire in comfort. We, at least those of us with enough social capital, work hard to secure outcomes and shield ourselves from loss. No surprises allowed.

To this end, we surround ourselves with people who are like us, who share our values and experiences, who mirror our sense of a dependable world. Those who can’t secure their own lives, we deem “unfortunate,” which carries with it an implicit moral judgment that they haven’t been smart enough or hardworking enough or good enough. We would be truly shocked if someone announced, “blessed are the poor, God looks with favor on them.” Perhaps even more shocked if the same person said to the rest of us, “congratulations, you have your reward already, and it has little to do with the Kingdom of God.”

Now, none of us lead completely charmed lives. Life has a way of puncturing our bubble of control. A business fails. A long illness threatens our lives and ruins us financially. We endure a divorce. Our children are born with genetic defects. Or, they run off the skids that we have so carefully greased for them. The possible culprits are legion. As my theology professor was fond of saying, “life will always bite you in the ass.” We are fractured.

And our responses to these fractured places vary. We scapegoat people who are not like us. They’re taking my job or threatening my security. Or we find ways to deny or avoid reality. Or we resign ourselves to karma or God’s will or some other invisible force and bravely say, “it will all work out in the end.” Or we double down on all the bootstrap pulling willpower we can muster, which blunts our empathy and makes the edges of our lives harder and sharper.

Occasionally, rarely, but sometimes, we are shocked into seeing the world differently. No longer able to sustain the world in which we are sovereign, we abandon it as a lie and begin to see the ways we were complicit in the lie. Here, we might despair and surrender. Or, we might repent in the belief that an alternative world is available that orders things differently.

To me, this is the power of the cross. It promises that especially in the fractured places of our lives, God has set up shop. That the shocks to our lives are possible places to see the world anew.

I have friends who received the news that their newborn son, their third child, had down syndrome. They were devastated, the script of their lives turned upside down. Years down the road, their lives are totally transformed. Former careers abandoned, they have thrown themselves into lives of active compassion.

I am shocked every time (which is every Fall) I walk the Wall Town neighborhood of Durham, NC, with Jonathan Wilson-Hartgrove. His deep participation in that historically African-American neighborhood have made him well aware of the systemic challenges that residents of that neighborhood face every day. One example which struck particularly close to home (there are innumerable examples). For years, Wall Town was red-lined by banks, meaning that they wouldn’t give loans for residents to buy the homes they lived in. This made the landlords wealthier, but more, limited inheritable wealth. I can’t begin to estimate the difference home ownership has made in my life. Not just in the homes that I have owned, but the homes my parents and grandparents have owned. We are a family of preachers and educators, not the highest paying professions, but if I outlive my parents, I will die a wealthy person.

But beyond the financial well-being this provided, I lived within a world of possibility. I never once doubted that I would go to college, never once lived with the anxiety/despair that there wouldn’t be enough for me to do what I chose to do.

Realizations like this have changed dramatically my views on race and poverty and made me aware of my own advantage and complicity. But more, walking with Jonathan through Wall Town, has made me aware of the rich networks of life that the residents share, which has conversely changed how I view the benevolent paternalism of some suburban churches.

I teach students like Sher Sheets and Ali Kaiser and my son, Josh, who have given their lives over to broken neighborhoods and circumstances. I marvel at their stories. They have eyes for the world that I have to borrow to see the world as God sees it. They have no time for the bullshit lies that equate prosperity with human value. Their lives are full of holy ache and joy.

Here’s what I’m trying to say. These transformations in how the world is viewed don’t come primarily from reading books, hearing sermons, or getting our theology right. They come through participation in the world, especially by attending to the broken and shattered places in life.

Let me be clear at this point. I don’t want to glorify brokenness. God’s ultimate aim is healing, not brokenness. Nor do I want to suggest that God is behind every hardship we suffer in life, or that they are necessarily the result of malevolent spiritual forces. The world is estranged from God and no longer corresponds to God’s good intentions. Shit happens, and agency is a complicated thing to assign in a fallen world.

What I am saying is that the broken places in life are more often than not the places that bring us up short, that refuse to conform to the “good life” we’ve put our trust in. They can startle us into new recognition. And to this extent, they bear saving potential.