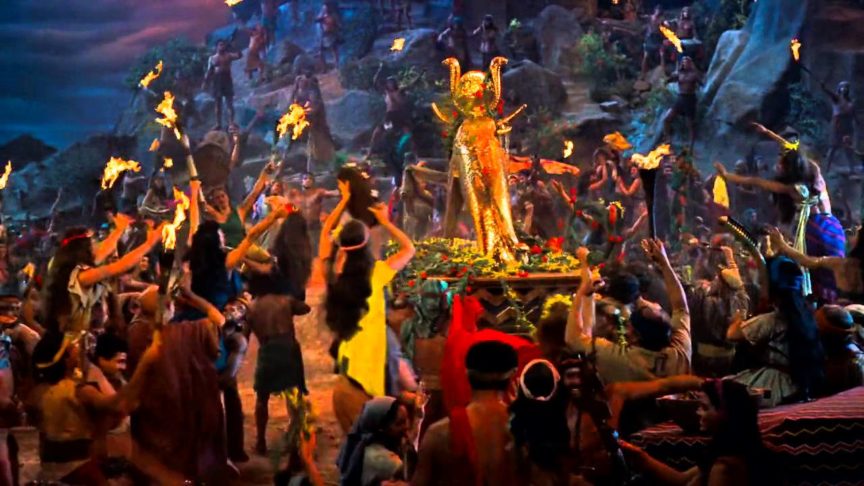 I fear that the “conspiracy theory” is with us to stay. I know that conspiracy theories have always been with us, but the current iteration is frightening beyond words. Like the ancient tribe hiking across Egyptian wilderness, we are frightened by what we do not know and so we demand a god to make us feel better. In the wilderness, it took the form of a Golden Calf, and in today’s context, it is some unknown person named “Q,” both the calf and Q telling us things to quell our anxiety and feel more in charge of our present.

A recent theory about the election says that Italian government officials collaborated with the American CIA to interfere in the 2020 election, using cyber warfare methods.  Election results were uploaded to an Italian military satellite, manipulated in favor of Joe Biden, and then downloaded to the computers of five states, thus tipping the election in Biden’s favor.  Other theories have included that Dominion voting machines were corrupted, people threw out trash bags full of votes, and that there were thousands of votes by dead people.  Each is, in its own way, a version of the Golden Calf.

When human beings become anxious, it is not good. We look for artificial means of dealing with whatever is causing our distress, but which never ever really addresses the root cause of the anxiety. It may be illicit drugs, alcohol, spending, joining, and a host of other strategies, none of which actually works. One of our Golden Calves today is anyone who will tell us something that matches any combination of the following:

Jesus had a lot to say about human anxiety.  Most direct is this saying from the Sermon on the Mount:

25 “Therefore I tell you, do not worry about your life, what you will eat or what you will drink, or about your body, what you will wear. Is not life more than food, and the body more than clothing? 26 Look at the birds of the air; they neither sow nor reap nor gather into barns, and yet your heavenly Father feeds them. Are you not of more value than they? 27 And can any of you by worrying add a single hour to your span of life? 28 And why do you worry about clothing? Consider the lilies of the field, how they grow; they neither toil nor spin, 29 yet I tell you, even Solomon in all his glory was not clothed like one of these. 30 But if God so clothes the grass of the field, which is alive today and tomorrow is thrown into the oven, will he not much more clothe you—you of little faith? 31 Therefore do not worry, saying, ‘What will we eat?’ or ‘What will we drink?’ or ‘What will we wear?’ 32 For it is the Gentiles who strive for all these things; and indeed your heavenly Father knows that you need all these things. 33 But strive first for the kingdom of God and his[righteousness, and all these things will be given to you as well.  34 “So do not worry about tomorrow, for tomorrow will bring worries of its own. Today’s trouble is enough for today.  Matthew 6:25-34.

This reminds of Balak, the king of Moab.  Numbers 22 says that “Moab had great dread of the people of Israel.”  In order to deal with the anxiety about Israel, Balak summoned the prophet Balaam and said, “Come and curse this people for me, since they are stronger than we the people of Moab are.”  Balaam refused to curse the Israelites five times!  He refused in spite of promises of wealth.  He did this in spite of Balak’s persistence in asking for him to go against what God was telling Balaam.

Anxiety took over Balak’s mind, but he did not do the things that might have changed the fortune of his people.  Just like people today who would rather believe a lie than listen to the hard truth that reputable people tell them.

O God of the anxious.  Help us to seek you first.  Help us to be people of truth and who don’t hate it when we are confronted with truth’s uncomfortableness.  May we, like Balaam, be unwilling to go away from the honesty, integrity, and courage of what is incontrovertible and firm.  Give us eyes, ears, and heart to recognize what is authentic, at all times. Above all, may we rest in your peace and not be subject to waves and wind around us.  In Jesus’ name.  Amen.