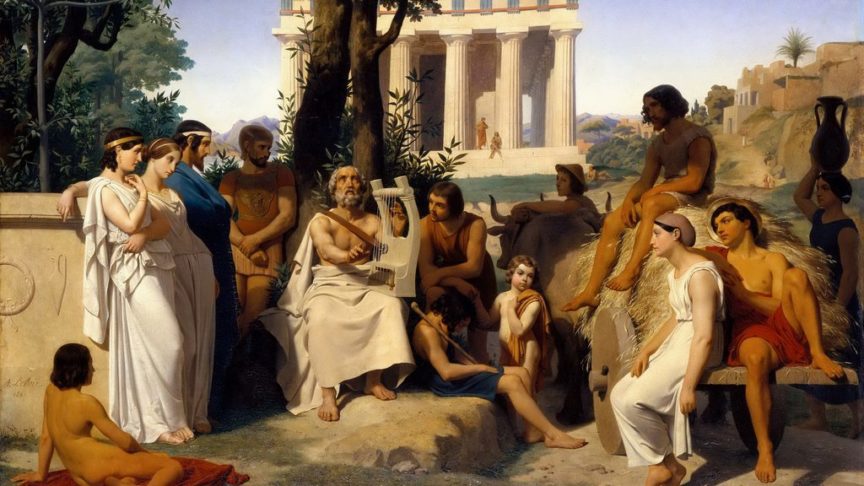 On Sunday, 3/6, we began a two-lesson series with the theme of why Easter is important.  We are looking at the way that God has engaged evil, and rather than “allowing” it, he is actually at war against it.  In Sunday’s sermon we explored the background of of the belief that God “allows” evil to occur with no resistance against it.

The view that God allows evil is an inheritance from Greek philosophy, principally Plato and Aristotle.  St. Augustine, 350-430 AD was a neo-platonist and is responsible for synthesizing Greek elements with Christian faith.  John Calvin is a more contemporary expression of Augustinian thinking.  What is called the “classical-philosophical” view of God maintains that God is completely “immutable.” This means that God’s being and experience never change in any respect.

In classic theology God is “above” experiencing emotion. To experience emotion God would have to be affected by something outside of himself, but this is impossible if God cannot change.  The passages of scripture that speak of God “repenting” of some action he had taken in the past contradict the idea of God being unaffected by something outside of himself.

Wikipedia also has this quote in an article about Plato.

Along with his teacher, Socrates, and his most famous student, Aristotle, Plato laid the very foundations of Western philosophy and science. In addition to being a foundational figure for Western science, philosophy, and mathematics, Plato has also often been cited as one of the founders of Western religion and spirituality, particularly Christianity, which Friedrich Nietzsche, called “Platonism for the people.” Plato’s influence on Christian thought is often thought to be mediated by his major influence on Saint Augustine of Hippo, one of the most important philosophers and theologians in the history of Christianity.

This little history of the development proves the point that we should be diligent and careful in forming opinions about God without the support of scripture.

Next Sunday’s sermon is Storming the Gates of Hell.