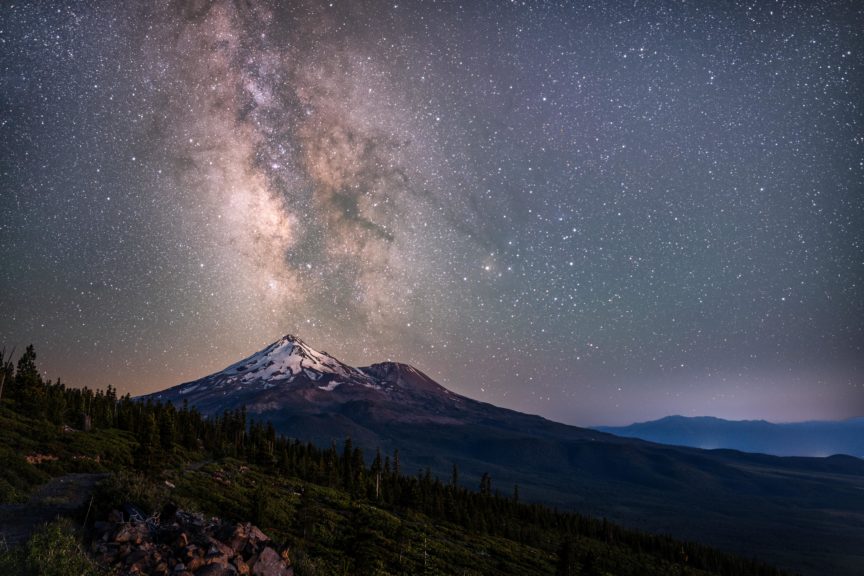 Do you ever wonder what it was like in the wilderness. Maybe around day 25. I imagine the stars were brighter. Sounds in the night were louder. Mark says that Jesus was with the wild beasts. Who knew?

Richard Bauckham says that bears, leopards, wolves, cobras and desert vipers, scorpions, hyenas, jackals, desert foxes, wild boars, wild asses, and antelopes would have been common. Which would help imagine what night noises might have been prevalent.

Something about that wilderness silence and noise would have been purifying. If this were being described in contemporary terms, Mark would have said that Jesus didn’t have cell service and he couldn’t watch the evening news. He was left to himself and God. The tempter tried to invade that silence and to distract him with a counter narrative.

Contrast the Milky Way and the wild animals of the wilderness with the noise of our age – cell phones always present, music, movement, media, news, information – no end to the distraction. We can’t even have an uninterrupted conversation with a friend because of constantly checking notifications. Ding, ding.

Koheleth offers this advice in Ecclesiastes 5:1.

As you enter the house of God, keep your ears open and your mouth shut. It is evil to make mindless offerings to God. Don’t make rash promises, and don’t be hasty in bringing matters before God. After all, God is in heaven, and you are here on earth. So let your words be few. Too much activity gives you restless dreams; too many words make you a fool. Ecclesiastes 5:1,2.

In many respects, Lent means being silent. It is listening to God. Introspection. Respect for wisdom. Patience with unfolding truth. Submissiveness and humility. God as Creator and certainly not “good buddy.” These are all things that cannot live in the din of media and noise. Lent encourages the building of space and silence. Meditation. Prayer. Seeking. And discipline.

Multi-tasking in the Lenten world is not a virtue. God wants my full attention. Only when I focus on the cross can the work of Jesus become come into focus.

Christ of silence. May I learn to live in silence. To hear you and you alone under the starred skies and to the chorus of wild beasts singing your praises. In Jesus’ name I pray this. Amen.