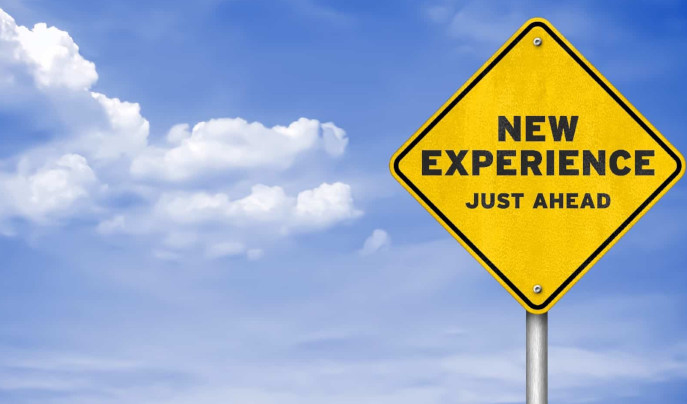 When it was first announced that a roadway would connect the UC to Highway 99, I was really excited. I could imagine what a benefit the “new” road would be to those traveling to Fresno from the north side of Merced or for those whose primary interest would be getting to the UC conveniently.

Now the road is complete. Only three traffic lights between Yosemite Avenue and the 99. Now a shopping center is springing up at the intersection of 99 and Mission Parkway. A new Starbucks, Arco Service Station, and McDonald’s are doing business there already.

Mission Parkway and the Gateway Marketplace are new. Brand spanking new in the sense of never having existed before!

There is another way that one can think of “new,” and that is to say new with respect to quality. This can refer to the newest version of a cell phone, or of a local place of business that has undergone a radical change of appearance or operation or a person who has radically changed their life as in joining AA and quitting alcohol consumption or becoming a kinder more compassionate person.

In every case, we would say that person or product is new, even though they are not new in existence. The iPhone, for example, was first released in June 2007. Version number one. Now Apple is up to version 14. Not new in name, existence, or reputation, but new in terms of quality and range of abilities.

More importantly, we love to see a person who may have been a hellion earlier in his/her life transformed into a person who is kind, compassionate, and good. We’d even say, “s/he is a new person.” Knowing that they may be 40 or 50 years old but are still new. That is the best version of “new.”

The Greek language of the first century had two distinct meanings for “new.” The first word is kainos. In Mark 1:27 the worshipers in the Capernaum synagogue responded with, “What is this? Some new kind of teaching?” New, in this case means previously unknown. In Romans 6:4 Paul describes a change in life or status as “new.” Peter said that we wait for a new heavens and earth, meaning that something qualitatively different than the present is coming to us, 2 Peter 3:13. In every case, new signaled a change in the quality of a person or a thing.

The second Greek word for new was neos, and it meant new with respect to time. Jesus used this word to describe new wineskins that would be unstretched and capable of receiving new, freshly fermenting wine.

You could say that neos is commonplace and unremarkable. Newness of this sort breaks out everywhere– a new car, a new coat, a new business, or a new building. Those things do not generally cost anything beyond money, time, or energy.

On the other hand, kainos describes changes in a human being. A man I knew in Mississippi was often rude and blunt, but in the first half of his life he made huge changes (newness) in his life, including becoming a disciple of Jesus. The result was that he became a new man. You would not have recognized him in the “after” picture. Kainos!

At the threshold of 2023, I pray for Kainos-newness to break out in Congress, in our relationships with others, especially those not like us, in our marriages, and in our witness as children of God. I don’t pray for novelty or for cosmetic changes. A new (neos) piercing or hairdo or car is only new with respect to time. It doesn’t demand a change in character or habit or devotion.

Kainos does, and for that I pray.