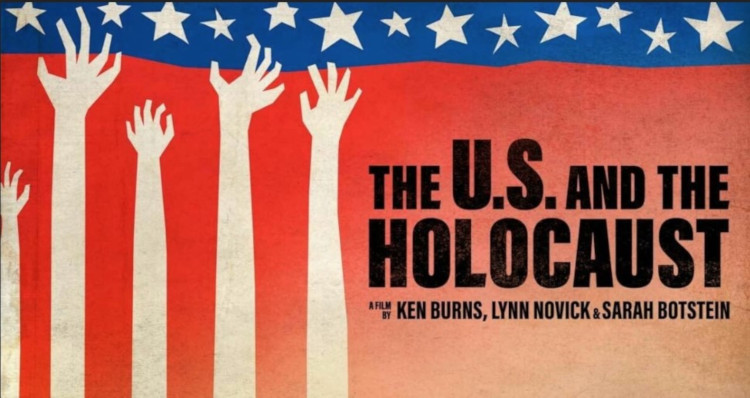 Last night, my wife and I completed watching the 3-part Ken Burns documentary, The US and the Holocaust. It is a stunning film, and any American who wants some perspective on immigration, isolationism, and racism should watch it. It aired for the first time on Sunday, Tuesday, and Wednesday evening on PBS and is easy to find.

It was stunning to me to find out that the United States was not as heroic as I originally thought she was. Were it not for Pearl Harbor and the attack from Japan, the US may have not entered the war and Hitler would have continued his “genocide.” This word was coined in 1944 to describe Hitler’s campaign to annihilate the Jews.

Burns’ documentary led me to think in a more general way about the resistance of people, Americans included, to growth and change. How is it that we’ve not gotten substantially better in the way we treat people who are different than we are? Why is it that white Americans often resent having to share our lovely country and its resources with others?

More than that, is there a central attitude that feeds our racism and xenophobia (fear of strangers)?

Elie Wiesel was a Jewish victim of Hitler’s hatred. Imprisoned in Auschwitz-Birkenau and released at the conclusion of WWII, Wiesel went on to be a spokesman against antisemitism and also a writer. His book, Night, is a powerful description of life in a death camp. The book begins with a story of community denial. Despite first-person testimony of the threat that Hitler posed to all Jews, the village of Sighet, Hungary continued its usual rhythms of life..

Moishe the Beadle was the keeper of the synagogue in Sighet. He was swept up in the first wave of Nazi attacks against the Jews. Carried away in a rail car, Moishe was destined for death. But he was able to escape, and he came back to his town of Sighet with warnings.

Despite his first-person report of horror and death, no one believed him, and life went on. The Nazis came back. Eventually, no one was left in Sighet, and what Moishe warned them about occurred. Night was Wiesel’s testimony about what happened to the Jews caught in Hitler’s destruction of the Jewish people of Europe.

You could fill a book with historical examples of people being warned and their ignoring the warnings. The ancient Jews ignored the warnings of the prophets, resulting in catastrophic loss of land and heritage. Jesus warned about the times, but people ignored him. In our own age, scientists have warned about global warming and they’ve been shouted down by the enfranchised and powerful who stand to lose wealth and power if they accept the fact of global warming and set about to ameliorate it.

The point is simply this. There is no end to the amount of information and truth that is available to us today. Sadly, there is also no end to the willful ignorance of people who do not want to face truth and what they might learn from it.

The fact is that Qanon, racism, and the other ills of our time cannot exist in the presence of truth. Truth’s bright light exposes the ills of our world. If the citizens of Sighet had accepted the truth of what Moishe was saying, they would not have remained in their village for the Nazis to come and get them.

Similarly, we would read, advocate, and vote for the well-being of our world if we value the truth above all. Racism and Qanon could not live in such truth. Truth would find out a way to stamp out a mass shooting. Truth would never say, “My vote doesn’t count.” As well as, “I never watch the news because it’s too depressing; I’d rather be in the dark.”

Only as people of Truth can we live in a world without radicalism, hatred, the spreading of lies, and xenophobia. Remember the people of Sighet; they didn’t want to hear the truth, and look what happened to them.