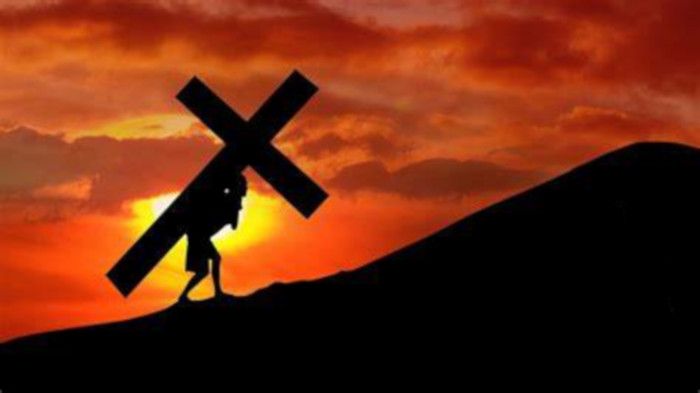 Then Jesus began to tell them that the Son of Man must suffer many terrible things and be rejected by the elders, the leading priests, and the teachers of religious law. He would be killed, but three days later he would rise from the dead. As he talked about this openly with his disciples, Peter took him aside and began to reprimand him for saying such things.

Jesus turned around and looked at his disciples, then reprimanded Peter. “Get away from me, Satan!” he said. “You are seeing things merely from a human point of view, not from God’s.”

Then, calling the crowd to join his disciples, he said, “If any of you wants to be my follower, you must give up your own way, take up your cross, and follow me. Mark 8:31-34.

The idea of suffering and taking up of one’s cross is often twisted and distorted when interpreted by wannabee disciples. So it’s not uncommon to hear people confuse this with burning the roast or being mistreated at work. Or in a slightly more spiritual take on the term – being inconvenienced by one’s commitment to Christ. Like going on a foreign mission trip or serving on a church ministry to the homeless.

• The cross is not self-torment or asceticism such as wearing a hair shirt, or sleeping on a hard bed.
• The cross is not adversity nor the harshness of fate, such as discovering you have cancer. Cancer is a sort of suffering, to be sure, but the suffering of the cross is tied to following Christ.
• The cross almost simultaneously means rejection and disgrace because of the cross. Bonhoeffer knew the truth of us as he languished in a Nazi concentration camp until his death by hanging just prior to the end of WWII.

This is not to say that every disciple of Jesus will face in indignities and sorrows of suffering like Bonhoeffer or Paul or John the Baptist.

On the other hand, willingness to suffer for Christ changes they way we view the everyday consequences of being a disciple of Jesus – like saying yes to opportunities to serve others without complaining or being willing to give up something you want to do for yourself to do something sacrificial for someone who needs you.

O God who went to the cross for us, help us to be willing to go to the cross for you. May we not think “me first” when deciding the worth of an inconvenient opportunity. Give us the selflessness and meekness needed to live without complaining, for you. In Jesus’ name. Amen.