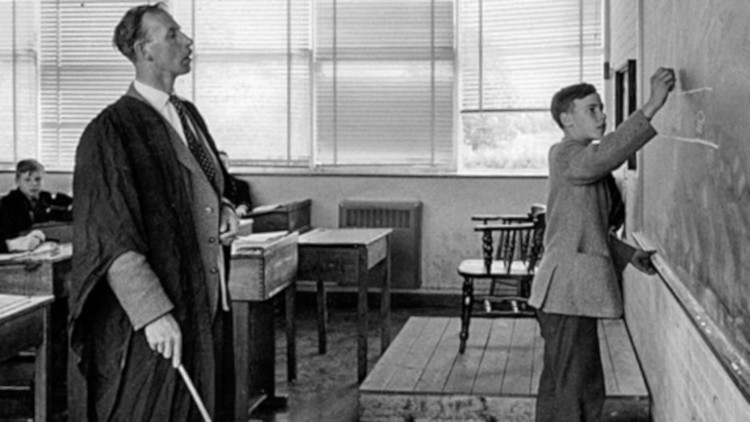 Wednesday, July 06. Read Ephesians 2:14-16. 1) What happened to Jews and Gentiles as a result of Jesus’ crucifixion? 2) How did Christ produce the unity or peace that he describes in this text?

O Christ, we know that you came to this earth to make final the end of sin and death’s grip on us. No longer do we have to perpetually sacrifice animals. You have ended the rule that evil had on the earth and made us part of this final chapter of your mission. We give thanks to you and pray that we will rejoice in our kinship with all who have loved you and worn you like a garment. Amen.

Hymn for the Week:

The Church’s one foundation
is Jesus Christ, her Lord;
she is his new creation
by water and the Word.
From heav’n he came and sought her
to be his holy bride;
with his own blood he bought her,
and for her life he died.

Elect from ev’ry nation,
yet one o’er all the earth;
her charter of salvation:
one Lord, one faith, one birth.
One holy name she blesses,
partakes one holy food,
and to one hope she presses,
with ev’ry grace endued.

The Church shall never perish.
Her dear Lord to defend,
to guide, sustain, and cherish,
is with her to the end.
Tho’ there be those that hate her
and strive to see her fail,
against both foe and traitor
she ever shall prevail.

Tho’ with a scornful wonder
the world sees her oppressed,
by schisms rent asunder,
by heresies distressed,
yet saints their watch are keeping;
their cry goes up, “How long?”
and soon the night of weeping
shall be the morn of song.

‘Mid toil and tribulation
and tumult of her war
she waits the consummation
of peace forevermore
till with the vision glorious
her longing eyes are blest,
and the great Church victorious
shall be the Church at rest.

Devotional Article of the Week
Co-heirs with Christ
Paul blows away the confusion and declares us all equally heirs of God’s promise!
by Phil Ware

For those who are led by the Spirit of God are the children of God. The Spirit you received does not make you slaves, so that you live in fear again; rather, the Spirit you received brought about your adoption to sonship. And by him we cry, “Abba, Father.” The Spirit himself testifies with our spirit that we are God’s children. Now if we are children, then we are heirs — heirs of God and co-heirs with Christ, if indeed we share in his sufferings in order that we may also share in his glory (Romans 8:14-17; see also Titus 3:3-7)

At first listen through our twenty-first century ears, this translation of Paul’s words to the Galatians appears exclusivist or sexist or at least gender limiting. That’s why most modern translations change the phrase “you are all sons of God” to “you are all children of God” (Galatians 3:26). While the latter seems more inclusive in phrasing, it misses the radical point of Paul’s original wording.

The “right kind of son” is now determined by faith in Christ Jesus as Lord (Galatians 3:26), baptism into a new identity and relationship with Christ (Galatians 3:27), and the presence of the indwelling Holy Spirit who gives each person access to the Father as a beloved child (Galatians 4:6-7) — these are the same three points of emphasis at Pentecost (Acts 2:22-41).

This standing as the rightful male heir (the “right kind of son”) for every Christian is true regardless of race, regardless of social standing, and regardless of gender. The newly created person in Christ has the right to call out “Abba! Father!” with all of the full rights of the son who is the rightful heir to all of the Father’s inheritance. As Paul announced to the Corinthians, a new creation had begun and we no longer look at people from a human point of view any longer (2 Corinthians 5:14-17).

Paul’s declaration is sweeping and vast. It is full of promise and rich with implications that would take generations to work out in culture, but was present in the moment the first people called on the Lord to be saved, were baptized into Christ, and were given the gift of the Holy Spirit at Pentecost. This declaration is re-declared and fully realized each time those events of new creation occur in the life of a person in any age.

What Paul said about race to the Ephesians, he also intended to be true with social standing and with gender:

For he himself is our peace, who has made the two groups one and has destroyed the barrier, the dividing wall of hostility… His purpose was to create in himself one new humanity out of the two, thus making peace, and in one body to reconcile both of them to God through the cross, by which he put to death their hostility. He came and preached peace to you who were far away and peace to those who were near. For through him we both have access to the Father by one Spirit (Ephesians 2:14-18)

Paul returns to this theme in several of his letters, extending the theme to all of Jesus’ disciples — those who believe in Jesus, have been baptized into a new identity with Jesus, and have been filled with the Spirit — being heirs of God’s promise and co-heirs with Christ, regardless of race, social standing, and gender:

For those who are led by the Spirit of God are the children of God. The Spirit you received does not make you slaves, so that you live in fear again; rather, the Spirit you received brought about your adoption to sonship. And by him we cry, “Abba, Father.” The Spirit himself testifies with our spirit that we are God’s children. Now if we are children, then we are heirs — heirs of God and co-heirs with Christ, if indeed we share in his sufferings in order that we may also share in his glory (Romans 8:14-17; see also Titus 3:3-7)

With his words to the Romans, Paul moves beyond his expansive you are “all sons of God… and heirs” to you are “heirs of God and co-heirs with Christ”! The human barriers and distinctions have all fallen away with the confession of Jesus, baptism into Christ, and the gift of the Holy Spirit. Before God, there is no distinction. We have equal access to the Father. We have equal value and are respected and cherished as God’s children equally. Male and female both are equal heirs to God’s promise and are co-heirs with Jesus!

Yet that leaves some important dangling questions we must address if we are to be honest with the Scriptures and honest with ourselves.

If with Pentecost God brings into being a new humanity free of the distinctions that separate us, how far does this go in its implementation in our new life together in Jesus’ church?

Did Jesus value and empower others to serve beyond the distinctions that divided people in his day?

Did the early church begin to empower people to serve in Jesus’ Kingdom beyond the social distinctions of their day?

How do we apply these principles in our own day?