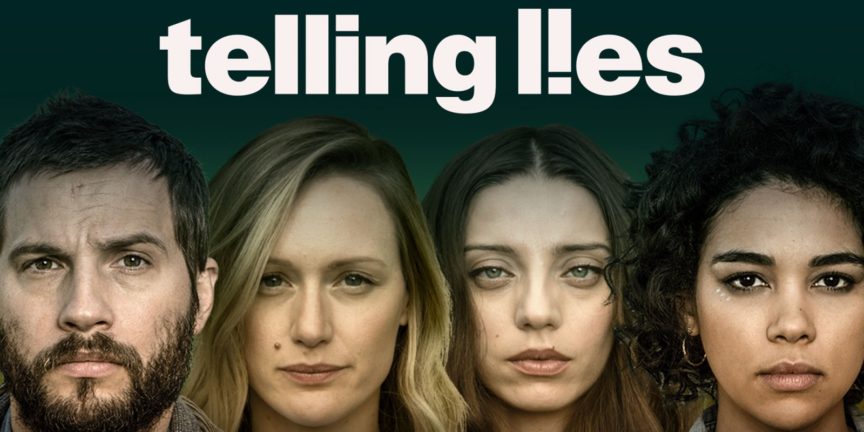 This post is less about lying and more about “telling ourselves.”

It starts with watching the CNN documentary, Navalny. If you keep up with the news, you know that Alexei Navalny is a Russian, seeking to unseat Vladimir Putin, the current president of Russia. Putin is famous for his autocratic style of leadership, making it virtually impossible for any other individual to run against him. He is also famous for the wealth he has accumulated for himself and his cronies on the backs of the poor Russians who follow him. And, of course, his assassination of any perceived or actual enemy of his government.

Alexei Navalny has mobilized hundreds of thousands of Russians in opposition to Putin’s corrupt and kleptocratic reign of terror, and Navalny has paid dearly for his opposition. He was first splashed with a green dye that harmed his eyesight in one eye. And then an attempt to kill him with the poison nerve agent, Novichok. After recovering in a German hospital, Navalny returned to Russia, knowing that he would be arrested immediately. He was taken straight out of the Moscow airport to jail. But Navalny knew that he could not inspire and motivate his fellow Russians from outside Russia. He is serving a 9-year sentence in a Russian prison colony.

I see it in churches in people who occupy the back row and sneak out without feeling any compulsion to contribute. At a church in the South there was a group of people who parked nearest the back door of the sanctuary as they could, who never showed up except on Sundays. Who never saw their lives as being consequential to the life of the church nor felt any personal responsibility for anyone else in that church family.

And also people who don’t vote. Marie Le Pen ran a third time against French president Macron. Polls showed it to be a tight race that Le Pen could possibly win. If she had done so, the world would have seen a government aligned more with Putin than the Ukrainians. NATO would have been in jeopardy as well as the sanctions against Russia, and the military support of the Ukranians. Fortunately Macron won on April 24’s election. However, imagine what would have happened if people had said, “My puny, one-vote doesn’t matter.”

Saying that I have no connection or responsibility to others is a lie, of course. People like Navalny and Zelensky prove how consequential one person’s life can be. So you’re no Navalny? How about Dorcas in Acts 9:36? She was a woman, having very little societal influence or power, yet the widows she had sewn clothes for lined up at her death to show their love and respect for one insignificant woman. Or how about David the shepherd who emerged from tending sheep to say, “Who’s this Goliath guy; I can take him.” The rest is history; one person does make a difference.

Our contemporary mindset often doesn’t support bravery or commitment. “You do YOU,” we say. What might happen if, instead, we said, “your life has an impact on others. Decide what you want that impact to be.” I doubt most people would say, “I don’t care how others feel, I’m going to do what I want to do.” Or “I don’t care if others feel discouraged or confused or hurt by what I do.” Or “I don’t want to be responsible for anyone else except me.”

What if Navalny had said, “Life is hard. I’m tired of being responsible; I’m just going to stay in Germany and take a break.”