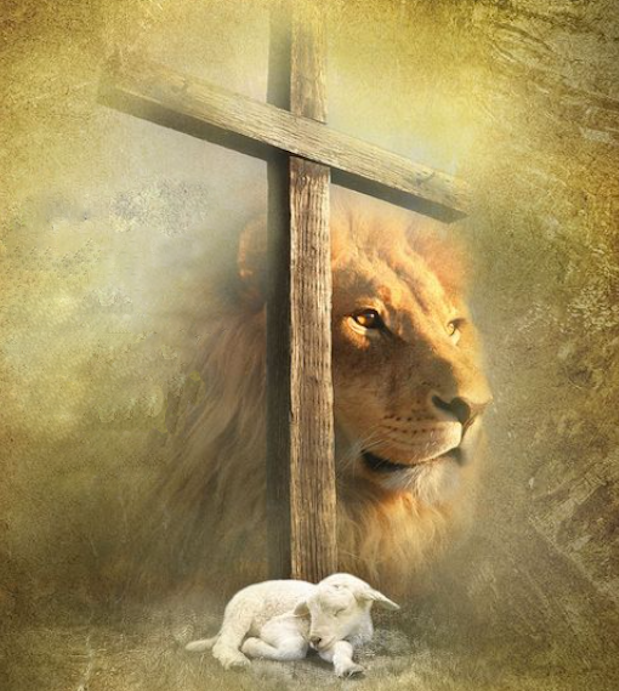 The Bible, like any good teacher, repeats its lessons in a variety of ways in order to impress its learners.  One of the things that the Bible if fond of repeating is numbers.  In Scene 1 churches lamps, stars, and spirits all appear in numbers of seven.

We also find 24 elders, four living creatures with six wings each, seven lamps, a scroll with seven seals, and other assortments of numbers.

In usual or normal life we distinguish between statistical/mathematical numbers which answer the question, “how many?” and symbolic numbers which stand for something other than counting.  For example, 1200 hours which means midday or noon.

Wilcock writes that in the Old Testament we encounter numbers which are plain statistics which are mean to report the actual historical experience of Israel.  But now the numbers change in purpose in Revelation to report spiritual meaning and universal effects.

Some commentators have gone too far in trying to assign a meaning to four angels, four corners and four winds as a mathematical puzzle.  This cannot be right because the writer John says that Revelation reveals its secrets to any humble Christian reader.  They do not need to use mathematical ingenuity to decipher the Revelation.

Blessed is the one who reads aloud the words of the prophecy, and blessed are those who hear and keep what is written in it; for the time is near.  1:3.

I heard behind me a loud voice…saying ‘Write in a book what you see and send it to the seven churches…  1:11.

The only place in the Bible this appears are a half-dozen mentions in Revelation of the number of elders who surround the throne.  The number twelve, however, is frequent and recalls the sons of Israel and the twelve apostles.  These two groups are brought together in 21:12-14.

The 24 are given the title ‘elder,’ which is generally accorded to church leaders  Wilcock says that 24 refers to the “whole church of God, both before and since the time of Christ.  This is objected to because this scene occurs before the triumph of the church at the end of the book.

However, Paul uses the idea of the church being seated in Ephesians 2:6.

Seven occurs frequently throughout the Bible and has been taken to mean completeness as in “to sail the seven seas” means to sail all the oceans of the world.  Use seems to cluster around OT religion and concern days and years, altars and sacrificial animals, sprinklings of water; it is simply activities concerned with the basic function of the life of man – in sevens.

The most important fours of the book all make their first appearance in this scene.  If they are symbolic of anything, it could be perhaps the created world.

Scene 2 opens in this section and concerns a sealed scroll (5:1) which is not opened until chapter 6.  John takes 2 chapters to set the stage.  It is clear that this vision gazes into heaven.  See 4:1.  Heaven can be used in 5 different ways:

This sheds light on the phrase in 4:1, “what must take place after this.”  It certainly denotes a future of some sort.  Possibilities:

Gorman, page 102ff.  Chapters 4 and 5 belong inseparably together.  One commentator calls them a diptych of two panels that peek into the heavenly throne room of God where there is a beehive of activity.

Eugene Peterson says it is a call to worship.  “If there is no center, there is no circumference.  People who do not worship are swept into a vast restlessness, epidemic in the world, with no steady direction and no sustained purpose.”  Bob Dylan, “You gotta serve somebody.”

Two images dominate the rest of the book:  the throne of God and the Lamb of God.

David Sune calls this a pastiche of throne-room scenes from Israelite-Jewish and other Ancient Near-Eastern, Hellenistic, and Roman imperial sources.  Another interpreter notes that chapter 4 is a “symphony of OT theophanies.”

Gorman writes that “before John can see the future, he must see who hods the future, and who is worthy to bring about that future.

We would like to identify the figures around the throne, but it is best to see the living creatures as heavenly beings, perhaps representing all creation and the 24 elders as the people of God (the 12 tribes of Israel and the 12 apostles).

More important than the identity and appearance of the creatures and the elders is their activity:  ceaseless prayer to and worship of God.  The worship of God is the heartbeat of the cosmos.

There is a dramatic shift in chapter 5 in the vision – two steps:

Gorman writes that understanding “the reality of the Lamb as Lord….terminates all such misperceptions of divine power and justice, and of their erroneous human corollaries.  Today the misperceptions persist.”

Only when chapters 4 and 5 are read as Revelation’s hermeneutical key to reality, divinity, history, and ethics will we be able to place the visions of judgment in proper perspective.

Lamb Christology is inseparable from theology proper and soteriology and ethics.  Paradoxically, the slaughtered Lamb reveals God and also reveals what it means to be faithful to God.  It reveals how God saves humanity and how humanity in turn can serve God.  John echoes Paul – the cross is both the source and the shape of our salvation.

Worship of God and the Lamb:

Revelation 4 and 5 inspire lots of sacred music:  All Hail the Power of Jesus Name, Handel’s Messiah, Crown Him with Many Crowns, and What Wondrous Love Is This.

The slaughtered Lamb is our central and centering vision and the interpretive lens through which we read the remainder of the book.