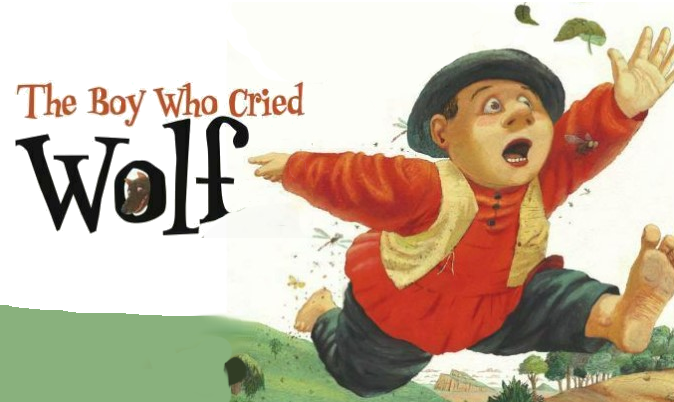 Aesop was a Greek story-teller, living in ancient Greece from 620 – 564 BCE. One of his fables was abut a shepherd boy who was put in charge of watching his master’s flock of sheep. He was told that if he saw a wolf, he should cry out, and the villagers would come to his aid.

That evening a wolf did, indeed, come to prey on the sheep. Alarmed himself, the shepherd boy cried wolf, but no one came, because no one believed him. The moral of the story being that lying will destroy the trust and respect that people have for you.

Moses approached the subject of truth and lying from a different place. He reminded the Israelites that they, fearing God’s voice, did not want to hear from God again. So God spoke through a prophet that God provided. But the people asked a useful question, “How will we know if a prophet is the credible person that God sent?”

“Easy,” Moses replied. “If what the prophet said does not prove to be true, then he’s not the person God sent you.” Deuteronomy 18:15-22.

For Aesop, lies destroy trust. For Moses, prophecy is tested by its outcome. If the prophet’s claims do not come to pass, then he is clearly a liar. For both Aesop and Moses, a person who lies makes a fool of those gullible enough to believe them.

Paul looked at lying from the standpoint of its ability to deceive. Even its plausibility and seeming beauty. Paul warned the church at Corinth that “Satan disguises himself as an angel of light.” 2 Corinthians 11:14. Jesus said that there are those who are methodical and devious in their attempts to trick and deceive others. “Wolves in sheep’s clothing” was Jesus’ term for this. Matthew 7:15.

There are plenty of contemporary examples of what Aesop, Moses, Paul, and Jesus were saying about caution, gullability, and indifference. Qanon, for example said that Comet Ping Pong Pizza in Washington, DC was home to a human trafficking and child sex ring. Of course, it was a lie. And there’s also the lie that John F. Kennedy and son would appear in Dallas on November 2, 2021. They never showed up, but people kept believing.

I want to say, “Don’t you know what Moses said about such?” Thinking, conscientious people don’t keep getting fooled. At some point they believe what their eyes and experience are telling them and quit believing the lie.