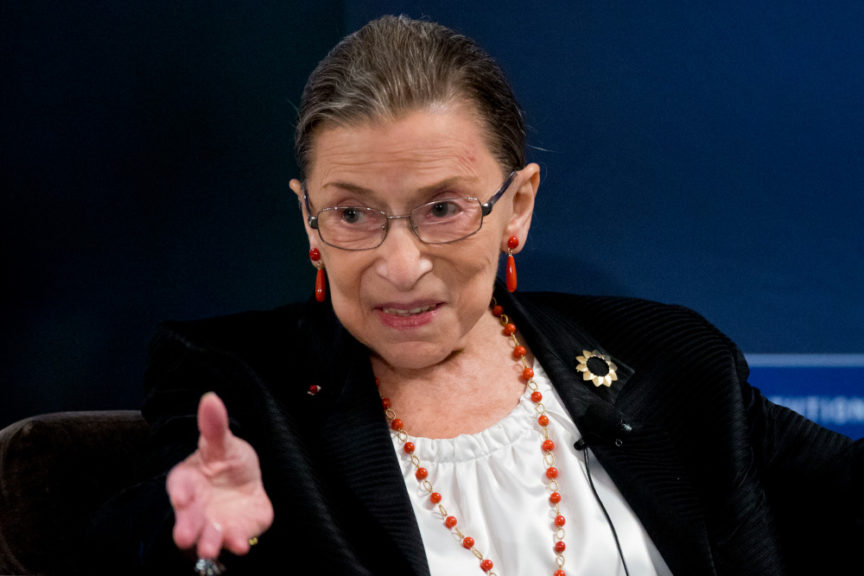 Pretty soon after Ruth Bader Ginsburg’s death was announced, crowds started gathering in front of the Supreme Court Building. An Associated Press article about the crowd, (hundreds of people large) described the nearly worshipful demeanor of the mourners, embracing, crying, singing, applauding, and in other ways expressing their grief over the loss of this great woman.

Notorious RBG, as she was called. was typical of a unique group of people that has as members people like Martin Luther King, Rosa Parks, FDR, Harriet Tubman, and John Lewis, to name a few. They don’t call attention to themselves and are known by their willingness to make personal sacrifices for the advancement of compassion, justice, and equality.

The impact of their contributions has been made evident in the people who have shown up to give tribute, in the way the crowds assembled at the Supreme Court Building in honor of RBG. The individuals do not consider themselves qualified to call attention to their respective lives and contributions. Similarly, it was not disciples of Jesus who called themselves “christian” in the New Testament; it was the people who observed their lives that did so.

You know these people by what stirs them to action, what ignites righteous anger, and causes them to risk imprisonment or death. RGB’s admirers talk more about her advocacy for the disenfranchised, standing up for the little guy; without this, RBG would be just another judge/elected official/local city official/etc.

God was very clear about what floats his boat. Read just three of the places in the Bible where God’s desires are clearly stated.

Micah 6:6-8. God has told you….what is good; and what does the Lord require of you but to do justice, and to love kindness, and to walk humbly with your God?

Amos 6:4-6. “Alas for those who lie on luxurious beds…and eat lambs from the flock…and drink wine, so generous, from bowls instead of glasses…but are not grieved over the ruin of others.”

These are the kinds of people we need more of in this world. Most definately not those who are out to make a profit, lack compassion and empathy, and who despise children. The mourners at the Supreme Court will not show up at the funeral of these self-serving individuals.