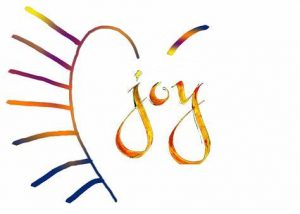 Shining as Lights in the World
12 Therefore, my beloved, just as you have always obeyed me, not only in my presence, but much more now in my absence, work out your own salvation with fear and trembling; 13 for it is God who is at work in you, enabling you both to will and to work for his good pleasure.

14 Do all things without murmuring and arguing, 15 so that you may be blameless and innocent, children of God without blemish in the midst of a crooked and perverse generation, in which you shine like stars in the world. 16 It is by your holding fast to the word of life that I can boast on the day of Christ that I did not run in vain or labor in vain. 17 But even if I am being poured out as a libation over the sacrifice and the offering of your faith, I am glad and rejoice with all of you— 18 and in the same way you also must be glad and rejoice with me.

Philippians chapter 2 begins with the powerful hymn about Jesus. “…though he was in the form of God, did not regard equality with God as something to be exploited.” Paul, of course, wants the Philippian to think about the essence of the Christian way. He writes, “If there is any encouragement in Christ….make my joy complete by being of the same mind…” Philippians 2:1,2.
Because of Christ’s humility Paul said we should live in a way that is consistent with our salvation. This means:

Paul finishes this pericope by talking about joy. He rooted joy in imitating Christ. Truly, it is in the way of the Cross, though difficult, that one emerges ultimately victorious, living in a way with purpose and deep meaning. Joy.

The Head that once was crowned with thorns
by Thomas Kelly, 1820

The highest place that heav’n affords
is his, is his by right,
the King of kings and Lord of lords,
and heav’n’s eternal Light:

The joy of all who dwell above,
the joy of all below,
to whom he manifests his love,
and grants his name to know.

To them the cross, with all its shame,
with all its grace, is giv’n;
their name an everlasting name,
their joy the joy of heav’n.

They suffer with the Lord below,
they reign with him above;
their profit and their joy to know
the myst’ry of his love.

The cross he bore is life and health,
though shame and death to him;
his people’s hope, his people’s wealth,
their everlasting theme.

Heavenly Father, on this Advent, we would do well to remember the way in which Jesus lived. Who did not strike back at his enemies, but turned his cheek to the slap and his back to the whip. Who sought the well being of those who could not repay him nor care about him. May we be fully engaged in the coming of your kingdom. In Jesus’ name I pray this. Amen.

People like John Lewis and Martin Luther King saw a direct connection between the way the lived their lives and the demands of the Kingdom of God. Make a list of ways that your life connects with God’s Kingdom.