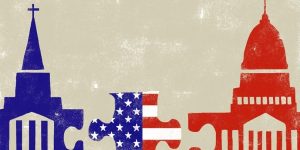 13 Everyone must submit to governing authorities. For all authority comes from God, and those in positions of authority have been placed there by God. 2 So anyone who rebels against authority is rebelling against what God has instituted, and they will be punished. 3 For the authorities do not strike fear in people who are doing right, but in those who are doing wrong. Would you like to live without fear of the authorities? Do what is right, and they will honor you. 4 The authorities are God’s servants, sent for your good. But if you are doing wrong, of course you should be afraid, for they have the power to punish you. They are God’s servants, sent for the very purpose of punishing those who do what is wrong. 5 So you must submit to them, not only to avoid punishment but also to keep a clear conscience.

Last night I saw a map of Covid cases on the evening news. I didn’t have time to look closely at it, but I was struck by how much it seemed that states (particularly in the South) who have decided to ignore scientific research, federal guidelines, and simple protocols are more likely to have increased rates of infection. There is a clear one-to-one relationship – do this, and your rates of Covid will drop. California rates have dropped dramatically, by the way.

This meditation is about the Christian’s relationship to government, but first a caveat. The idea that God installs every government and that every government is benevolent and committed to the good of its citizens is patently false. Take, for example, the Russian government that attempts to kill dissident political candidates and silence dissenting voices. Or China that works to exterminate people like the Uighurs. Or N. Korea who starves its citizens in order to benefit its wealthy dictator and supply its military.

So how is one to take Paul’s, “Everyone must submit to governing authorities…” Clearly, there are times when moral, ethical, and spiritual priorities cannot apply to the Christian, and the Christian must decide what to do based on solid wisdom.  Here are some guidelines:

Often, decisions are made without considering what the social implications are.  Social well-being seems to be an underlying principle in Paul’s instruction in Romans, i.e., governments at their best are meant to provide social order and well-being for the citizens.  The opposite of this is when government exists for the good of its dictator.  Or when a local leader refuses to yield to the conventional wisdom of national leaders.

How can any society exist in goodwill and good health when there is no order, no agreement, and no common set of beliefs?  Unfortunately, the world is rife with examples of people and governments who act autonomously rather than in the spirit of sacrifice and cooperation.

God of community.  Humanity was imagined and created in the God who said “Let US” create.  The same community, Father, Son, and Spirit, stepped down into human community in the form of the Son, to rescue and redeem us.  May we imitate that spirit by our own participation in community and the well-being of others.  Help us to “count others better than ourselves,” (Philippians 2:3) to use the words of Paul.  In Jesus’ name we pray this.  Amen.