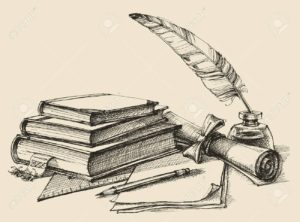 The two books of I & II Timothy were written by Paul, and the end of his life to the young preacher Timothy. These letters warn Timothy about the approaching dangers of the world – what Paul called “deceitful spirits and teachings of demons.” Which certainly feel like we are witnessing those events and are wowed with how contemporary Paul’s warnings to Timothy were.

Paul’s urgent letters reminded Timothy to not neglect his ministry.  It would have been easy to do so, given the stress of those times.  Once Paul said, “Rekindle the gift you have been given.”  As if Timothy had grown indifferent, fearful, or lazy about his gifts.

Paul’s letters have the feeling of an older pastor trying to prepare the young Timothy for his (Paul’s) nearing death. Paul knew it was coming because he knew the ruthlessness of Rome. Paul says to Timothy, “I hope to come to you soon, but…if I am delayed, you may know how one ought to behave in the church of the Living God.” 1 Timothy 4:14-16. Paul’s poetry is beautiful and meant to produce a sense of awe and respect for the person of their faith (and ours too).

He was revealed in flesh
vindicated in spirit
seen by angels,
proclaimed among Gentiles
believed in throughout the world,
taken up in glory.

I think there are some good lessons to be learned from this short text.  The first is the importance of putting the church first in our affairs.  Paul called the church “the church of the living God, the pillar and bulwark of truth.”  And we are the church.  It gives pause, does it not, to realize the great stock that the Christ put in the church.

The second lesson is the sheer scope of Christ’s earthly ministry:  revealed in the flesh, vindicated in the spirit, proclaimed among Gentiles, and believed throughout the world.  It is amazing that we humans can be so cavalier about what Jesus the Christ has done.  To treat his death as ho-hum and not worthy of our sacrifice.

The final lesson has to do with the mission of Christ, missio dei as we call it.  In other words, God sent Christ here to redeem the world.  Nothing supersedes that in importance.  Yet, somehow, we think our own junk is more important.  So Paul’s warning to Timothy still stings and reminds.

O God, we feel in the words of Paul your intensity.  Your conviction.  Your sacrificial love.  Please help us to relive in our lives the same instruction that Paul gave Timothy and that Paul knew were the most important thing that he could say to his child in the faith.  In Jesus’ name we pray this.  Amen.