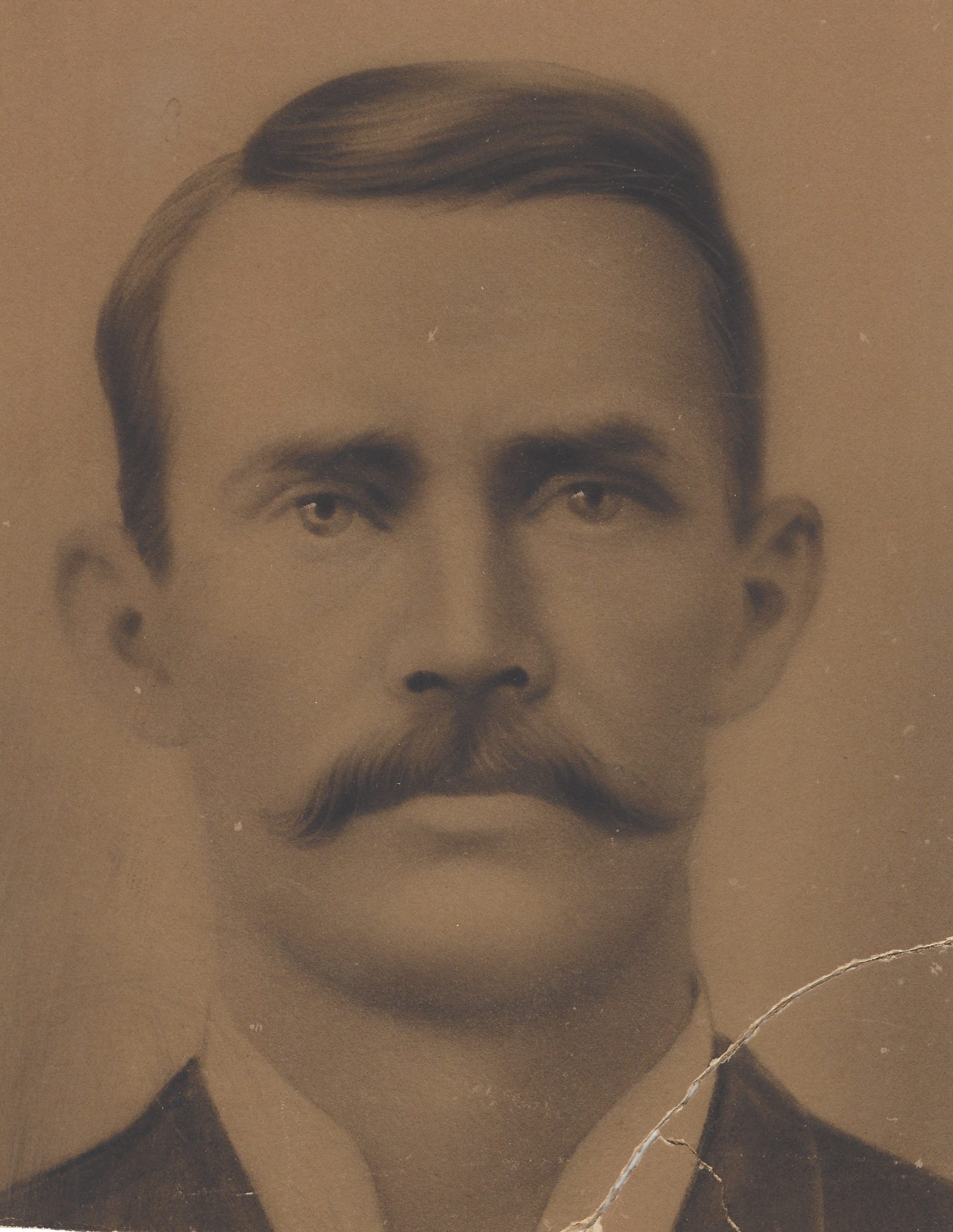 Pictures collect after 53 years of marriage. And children dread the time when they will have to go through boxes and boxes of unlabeled snapshots, many of which they don’t have a clue about. “Who on earth is that person standing next to my dad?” Or “where was that picture taken?” And many more mysteries.

Bev and I have undertaken to put all our photos in a sensible order and in digital form so that they will make sense to our kids and grandkids and who knows who else. All on a thumb drive instead of ten to twelve cardboard or plastic containers covered in dust.  I’m struck by how much a collection of well-ordered pictures, some of them vintage pictures, give a great sense of belonging and identity.

James Pearce was my grandfather’s father. He stares back from the brittle picture; years hid away in a dark closet. He may be the person who made the violin I found in my grandmother’s banquette, now gracing our guest bedroom wall. I can imagine him sitting on a country porch, playing Turkey in the Straw or maybe Amazing Grace. He’s probably the person who taught my grandfather how to do so many things with his hands, including passing on his faith.

My pictorial reverie is a lot like what I think the writer of Hebrews was trying to do for his readers. Helping them to remember the stories they heard being told about their ancestors in the faith. The writer called them “a cloud of witness,” surrounding them and us with their encouraging cheers and deep insights.

But not pictures only.  There is also a small certificate that records my April 21 and October 13, 1955 Poliomyelitis vaccinations, received at Oakhurst Elementary School when I was in the 3rd grade.  Not the blood of Jesus, but it does remind me of the protection that my parents made sure I received.  We were almost as much afraid of Polio as we were of the consequences of sin.  “Roll up your sleeves.”

I hope my children and grandchildren will derive some comfort from holding in their hands the record of our own familial “cloud of witnesses,” people who stood for something and who deeply wanted those who follow to live by the same values and be encouraged to imitate the same virtue and persistence.

Let us lay aside every weight and the sin that clings so closely, and let us run with perseverance the race that is set before us, looking to Jesus the pioneer and perfected of our faith, who for the sake of the joy that was set before him endured the cross, disregarding its shame, and has taken his seat at the right hand of the throne of God.  Hebrews 12:1-2.

O God, how grand it is to hear those stories about Abraham and Moses.  Like looking at old tintype pictures of ancestors who persisted in their determination to press forward toward the future they believed was waiting for them or their children.  How it heartens us and empowers us to also press on despite difficult times and disappointing headlines.  We will continue to pull out the old pictures of that great cloud of ancestors who we believe are cheering us on.  In Jesus’ name.  Amen.