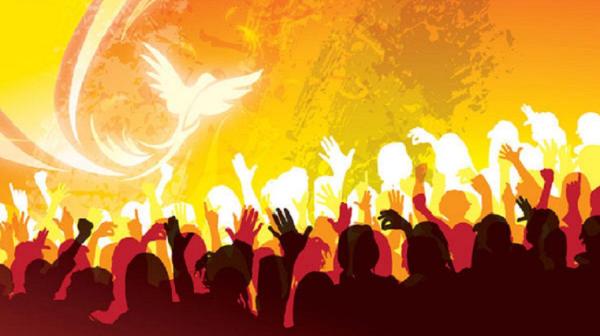 I recently encountered a guy that sounds really spiritual and godly. Say’s “God is good,” CONSTANTLY. Enough to make you go crazy as you think about the people who love God but at the moment are not so inclined to say that he is good. Struggling with cancer, working three jobs, a child with huge emotional or social struggles, loss of job, or loss from a California wildfire, or death.

If you listen long enough you start to get the real meaning of “God is good.” It’s code for “things are going the way I want them to go.” This makes it easy to say that God is good because he’s behaving in a way I approve of.  This view of God is prevalent in the West, where wealth is everywhere and you are more likely to hear things like, “You can be anything you want to be.”  In my more reflective moods, I wonder if Americans would be as willing to say, “God is good,” if we were the Israelites being led out into the wilderness where there is no food or water or if we were like Gideon’s 300 military men forced to fight the much better equipped Midianites.

Annie Dillard, an American writer, and Pulitzer Prize winner, wrote this in her Pilgrim at Tinker Creek.  “On the whole, I do not find Christians, outside of the catacombs, sufficiently sensible of conditions. Does anyone have the foggiest idea what sort of power we so blithely invoke? Or, as I suspect, does no one believe a word of it? The churches are children playing on the floor with their chemistry sets, mixing up a batch of TNT to kill a Sunday morning. It is madness to wear ladies’ straw hats and velvet hats to church; we should all be wearing crash helmets. Ushers should issue life preservers and signal flares; they should lash us to our pews. For the sleeping god may wake someday and take offense, or the waking god may draw us out to where we can never return. ”

I think that “God is good” is a by-in-large Western concept.  I don’t think, for example, that Moses, shoes off, standing before a bush that was burning like a ceramic log in a fireplace, would have thought to say “God is good”  I do think he would have said, “This God is not to be trifled with.”  Or Lot with his wife and servants in tow, fleeing the fires that engulfed his hometown of Gomorrah including the friends he used to party with, “God is good,” would not have been on his mind.  Or even Peter who watched his beloved Teacher, Jesus, be stripped naked and nailed to a crossbeam in the most horrible execution known at the time would not, at the time, have said, “God is good.”

The point of this is not to diminish God’s capacity for and love of the good, but rather to point out how one-dimensional and cardboard the typical Western descriptions of God are.  How many Americans do you think would be sitting in our church buildings if we had to encounter a God who invites us to get out of the boat as Peter did or touch suffering as Jesus did when he healed lepers or buy a real estate investment in a city that was being captured and destroyed by the Babylonians as Jeremiah did.  The list is long of folks in the Bible who would have found the innocuous phrase, “God is good,” odd at best.  They would have used words like holy, frightening, just, righteous, and untouchable.  They would have quivered at the base of Sinai like ancient Israel did as they encountered him.

Even though I believe that God is good, I think that its present use is a construction of the Western church.  Who wants to follow a God who is dangerous and extracts such a huge cost from his followers?  People who want to fill their church buildings say things like, “God is good.”  I think I will use a different descriptor.