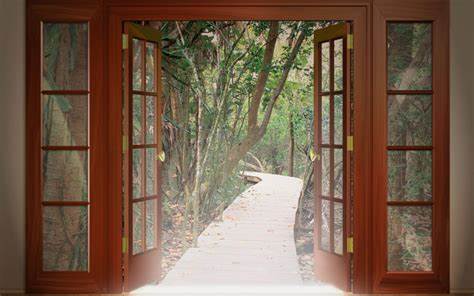 Nazareth was Jesus’ home town. People knew little-Jesus because he grew up there. And it was not unusual to see him in the synagogue on the Sabbath.

On the day described in Luke 4:14-30, Jesus was asked by the president of the synagogue to read the lection for the day, which turned out to be Isaiah 61.

The spirit of the Lord God is upon me, because the Lord has anointed me; he has sent me to bring good news to the oppressed, to bind up the brokenhearted, to proclaim liberty to the captives, and release to the prisoners; to proclaim the year of the Lord’s favor, and the day of vengeance of our God; to comfort all who mourn; to provide for those who mourn in Zion… Isaiah 61:1-3.

On the surface, Isaiah 61 sounds warm and welcoming. Those who heard it probably thought it was meant for their ears. They might have imagined that they were the objects of the prophecy, brokenhearted because of the Roman boot on their throats. Jesus’ words sounded gracious. Until….

The synagogue audience to which Jesus read these words were not pleased when Jesus provided context for the prophecy. It’s never a happy occasion when the hometown boy tells the truth. And this was such an occasion. Luke said that when they got the point, they marched Jesus out of the synagogue to a cliff where they could throw him off. Luke 4:29-30.

The audience in the Nazareth thought they were the chosen. Never in their wildest dreams did they think that a Phoenician widow from Zarephath and a military general from Syria would be the object of God’s grace. Luke said the folks from Nazareth were filled with rage when they heard this.

Jesus was trying to get his people ready for the reality that was coming soon. The disciples were going to have to embrace the new world that Jesus was announcing. The brokenhearted, mournful, and enslaved were to be part of God’s elect.

In one of the stories Jesus told of the Kingdom of God, a Samaritan is portrayed as the hero. The one who showed grace and mercy to an ambushed traveler. Soon after that, Philip, a disciple of Jesus, carried the news of the Kingdom to an Ethiopian who was also a Eunuch – a man not accorded any rights under the old order of things.

Lent opened the door and Jesus strode into a new future into which a Eunuch was welcomed. Revolutionary.

Dear Father of invitation and grace. Who welcomes us and anyone else who seeks your voice and your call into your inclusive house. May we also be people of welcome. Prepare us this Lent to be more open, more forgiving, readier to open the door to friend and stranger alike. Even the Phoenician and the Syrian. In Jesus’ name I pray this. Amen.