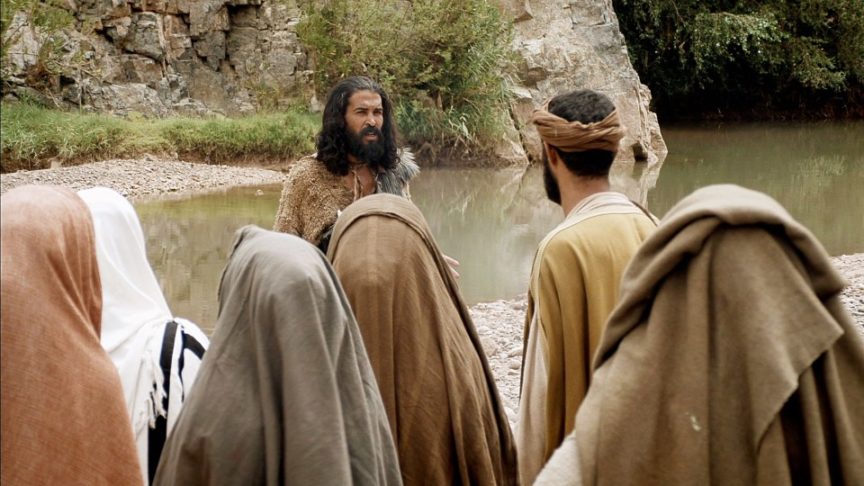 Lent began as a baptismal preparation period. It seems fitting to remind of John the Baptist. That eccentric man did a preaching tour in the wilderness surrounding the villages, and he announced the imminent coming of Messiah.

No television to keep them home, crowds of people poured out to hear what he had to say, and it is quite obvious that John did not have a marketing firm to clean up his message to make it more palatable. Nor did he have a Power of Positive Thinking message to deliver. “You brood of vipers!…Bear fruits worthy of repentance,” he growled. Luke 3:7,8.

John’s message was positively Lenten in nature. To those who had two coats he said, “Give one away.” To tax collectors, “Don’t collect more than you’ve been told.” To soldiers, “Be satisfied with your wages.” His message of generosity, integrity, and commitment was extraordinary, and it remains extraordinary today.

The climax of his message was baptism. Matthew said that his baptistry was the Jordan River, and his congregation was “the people of Jerusalem and all Judea.” Matthew 3:5. Baptism was the denouement, the act that brought together all the strands of John’s teaching. “Repent for the kingdom of heaven is at hand…Bear fruit that are worthy of repentance…and be baptized as a sign of that repentance.”

Willian Willimon writes that today, “we waver between evangelical TV triumphalism with it Madison Avenue values or live-and-let-live pluralism which urges open-mindedness as the supreme virtue.” Bread and Wine: Readings for Lent and Easter, page 6.

If you listen, you can almost hear John the Baptist’s voice over the din of Wall Street, Facebook, Amazon, and even megachurches. “Repent, be content, and give away your second coat” are countercultural messages to which Lent calls us today. I think John would tell us to not trivialize Lent by thinking that giving up chocolate or your favorite television program measures up to the call of repentance. It doesn’t. It ridicules it.

Prayer: O God who calls us to give up this world, may we heed your call to reject the world’s message. Help us to hear John and Jesus who invite us to follow you out of the seductions and deceits of this world. Give us courage to love you above all else. In Jesus’ name. Amen.