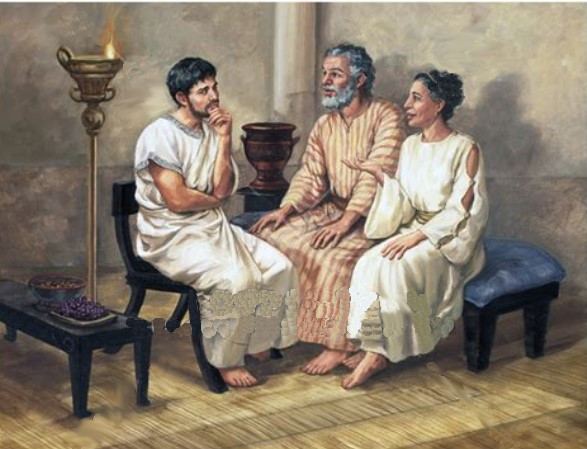 I’ve known about Apollos since my childhood. My Sunday school classes always mentioned him when we studied Acts. My teachers emphasized that although Apollos was a gifted speaker and well-educated, there were some things he didn’t have right.

I’d say that my teachers’ concern was, more often than not, sectarian in nature because our denomination believed we were right and everyone else was wrong. We were the ones who were, in the modern day, qualified to teach the “Apolloses” of our time. We were right, but all the Apolloses got it wrong.

Later in my life, I got tired of sectarianism and went to the other extreme of saying that our sectarian differences didn’t matter. The only thing that mattered was that we teach the love of Christ. Sounds about right, doesn’t it? Let’s just get along.

That being said, I find it intriguing that Prisca (Priscilla) and Aquila saw something askew with what Apollos was teaching. So maybe we ought to be more attentive and focused on some matters. Apollos’ teaching seems to have been defined by the limits of the baptism-teaching of John the Baptist. What do you think Apollos might not get right today?

I think that we’d need Prisca and Aquila–like attentiveness on matters like these:

Prisca and Aquila’s response to Apollos was not to reject him or indoctrinate him. They did sit with him and enlarged his understanding of the Gospel. The fact that they did this is an indication of the importance they placed on good theology and an “accurate” understanding of doctrine.

The bottom line of this is that it really does matter what your understanding is of matters pertaining to the Gospel.