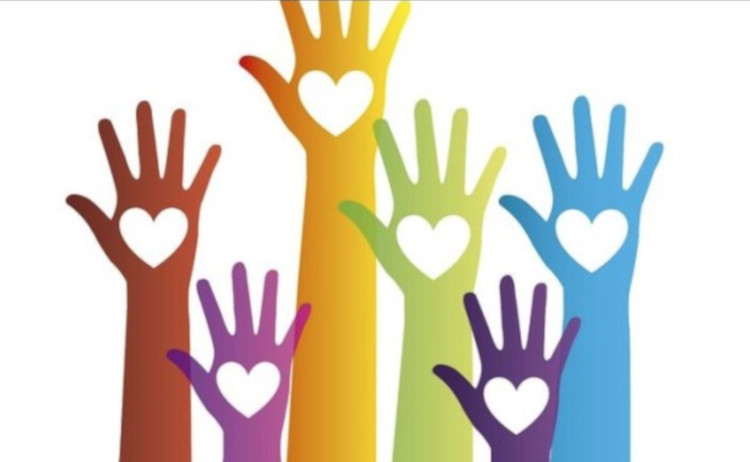 Monday, October 24. Read Colossians 1:7-10. 1) Why is Paul so complementary about Epaphras? 2) What was Paul’s prayer for the Colossian church? 3) What did Paul hope would be the outcome of his prayers?

Tuesday, October 25. Read Ecclesiastes 3:9-13. 1) What did this writer say about what people know and understand? 2) What is the best thing that humans can do, according to this writer?

Thursday, October 27. Read Philippians 1:9-13. 1) Make a list of the ways that Paul prays for the Philippi Church to advance. 2)

O God, even in the beginning, before there was a Fall, before the Creation spun into chaos, even then, you gave mankind a purpose. “Tend the garden,” you said. Now in the complexity of our times you have instructed us to love one another and to be light to the world. We pray that you will help us to find off the demons of indifference and dryness. May we be motivated by your love for us and this world to be fruitful, like you are. In Jesus’ name. Amen.

Amazing grace (how sweet the sound)
that saved a wretch like me!
I once was lost, but now am found,
was blind, but now I see.

‘Twas grace that taught my heart to fear,
and grace my fears relieved;
how precious did that grace appear
the hour I first believed!

Through many dangers, toils and snares
I have already come:
’tis grace has brought me safe thus far,
and grace will lead me home.

The Lord has promised good to me,
his word my hope secures;
he will my shield and portion be
as long as life endures.

Yes, when this flesh and heart shall fail,
and mortal life shall cease:
I shall possess, within the veil,
a life of joy and peace.

The earth shall soon dissolve like snow,
the sun forbear to shine;
but God, who called me here below,
will be forever mine.

Grace Is Amazing
What’s so amazing about grace?
by Phil Ware

When you talk to folks about their favorite Christian hymn, most Christians speak freely and with deep emotion. Songs touch us and reach our hearts in ways that words simply cannot do alone. Because songs of faith are often sung during important and often highly emotional times in our lives, deep feelings surround our favorite selections. However, no hymn has moved people more than “Amazing Grace.” There are a number of reasons for this song’s power. Let me share several of them for you.

First, grace is simply amazing! Many of us can quote the old familiar verse, “For God so loved the world that he gave …” (John 3:16). Others may point to the longer, but powerful, passage about our bondage to sin being broken by Jesus so we could receive grace through faith” (Ephesians 2:1-10). Of course, there are many other Scriptures that describe God’s grace, but the point is still the same: God paid the cost to ransom us from sin because of his great love for us and his desire to have us be his children. We didn’t deserve this gift. We can’t earn this gift. Grace is given because of God’s mercy and power. We simply receive this gift through faith. So a song that champions this incredible grace is going to grip our hearts, and that is exactly what “Amazing Grace” does.

Second, the song is regularly sung at funerals and has attached itself to the emotional fabric of our hearts. We associate all sorts of memories of great people we love who were great people of faith with this song. Many of us have been comforted by the words in times of distress, grief, and crisis. In addition, we find the song’s melody soothing as we face life’s most vicious trials.

Third, many of us know the story behind the song. We know that John Newton, the author of the words of “Amazing Grace,” had been involved with the slave trade and that Jesus’ deliverance of him from a storm at sea helped him turn his life around. Once he fully understood that the grace of Jesus was for all people, he was deeply convicted about the awful nature of his sinful participation in the enslavement of thousands of other human beings, many of whom died while being transported under his command. He was not exaggerating when he talked about the grace that “saved a wretch” like him. In his rebellious and sinful state, he had been blinded to the truth and grace of God. He committed himself to helping others find this grace themselves.

However, you may not know that this hymn played a powerful role in the life of William Wilberforce. His tireless efforts over 46 years helped end the slave trading done by British subjects in 1807 and ultimately the abolition of slavery in Great Britain and the British colonies in 1833. Wilberforce fought this impossible battle with little impact for nearly twenty years before gaining any traction in public opinion, religious groups, or the halls of Parliament. But, Wilberforce recognized that grace was not given to us cheaply — it cost the life of the Son of God. He also recognized that God’s grace called each of us to act in powerful ways for God’s grace to transform society in ways that reflect God’s character, justice, and mercy.

Christian young people today are leaving our churches in droves because they find church to be irrelevant at best, often contentious with non-Christians in the main, and totally lacking in concern for bigger issues of social justice, poverty, hunger, and modern slavery — estimates are that there are well over 25 million people enslaved in the world today, most of them children in horrible situations being forced to do despicable and often barbaric things. As churches squabble over internal differences, divide over denominational loyalties, and find themselves absorbed in the cult of media personalities, young people continue to leave in droves. They see few great works being done with commitment and passion that reflect the ministry and sacrifices of Christ.

I am absolutely convinced that this is partially the result of an impotent and non-biblical grace that has been widely taught. This “cheap grace” as Dietrich Bonhoeffer called it decades ago, is false grace. It calls people to quick and easy formula type of conversion that requires no repentance, no discipleship, doesn’t talk about surrendering ourselves to the Cross of Christ, and does little to call people to follow Jesus as Lord.

For by grace you have been saved through faith, and that not of yourselves; it is the gift of God, not of works, lest anyone should boast. For we are His workmanship, created in Christ Jesus for good works, which God prepared beforehand that we should walk in them (Ephesians 2:8-10 NKJV).

This great passage doesn’t end on the truth that we can’t earn our salvation. Instead, it goes on to remind us that grace is God’s way of working his artistry in us — we are his “workmanship.” God’s grace makes us new so that we can do something significant by his power to display his glorious grace to others. Put bluntly, grace is not just about saving us FROM the wrath of God, but it is also about saving us FOR God’s purposes in the world.

The emerging generation of young adults is looking for us to do more than come together in insular buildings and talk about moral conduct and celebrate that we’ve been saved from what is bad. They are looking for us to hear God’s grace call us to the Jesus lifestyle of making real differences in the world around us. This high and holy calling is what we’ve been remade by grace to do — God planned in advance as our role in this world. So let’s be more than reminded; let’s be changed. Like Newton and Wilberforce, let’s recognize that God has great things for us to do by his powerful grace so that the world can see the church as Jesus in action in today’s world.