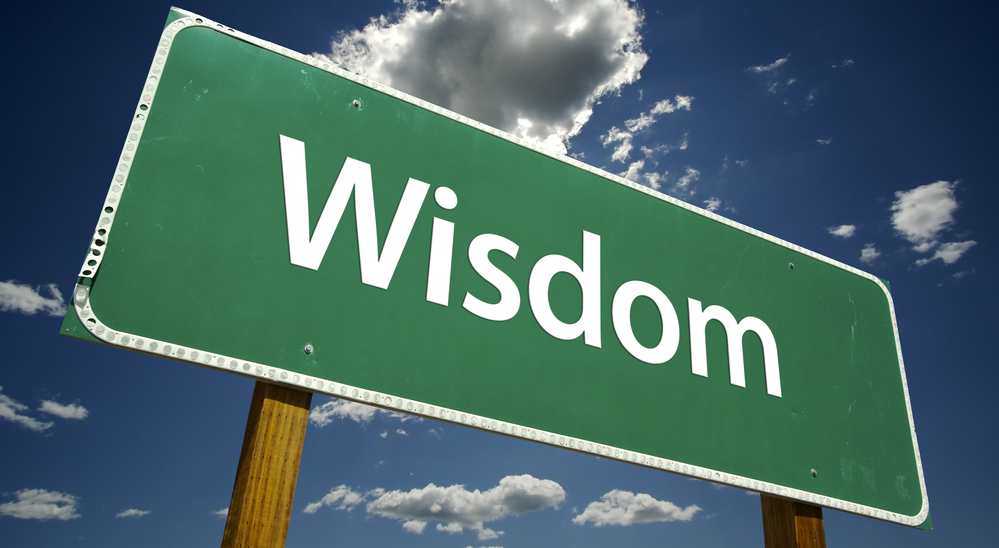 The Ancients were preoccupied with wisdom and talked about it as an important part of their lives.  In the point of view of the writers of Proverbs there are only two kinds of people.  Those who desire and seek to be wise in the way lived and those who want to live without restraint and according to their own opinion/will.

Two of the books of poetry in the Old Testament are consumed with pursuit of wisdom in order that they could live effectively and not like the proverbial lazy man who “turns on his bed like a door turns on its hinges.”

Proverbs is filled with the contrast between a wise person and a foolish person.  Western society does not look in that way but rather relativizes what we know and practice.  Therefore, in 2016 America we have “your truth” and “my truth” rather than an objective and generally applied truth.  Wisdom would have been considered to be true and applicable to all lives.

So the writer of Ecclesiastes (a book of wisdom) said that he turned his mind to seek out wisdom, Ecclesiastes 7:25.  By contrast, the fool does not like to be faced with the truth and will not consult with a wise person. Proverbs 15:12.  Jesus discusses the irony of this when he said, “the blind leading the blind only has one outcome; they both fall into the ditch.

A wise person recognizes wisdom and truth when s/he sees it and will use that wisdom to become a better person.  A fool only trusts his own mind.

The Psalmist said that a simple-minded person is made wise by God’s word, Psalms 19:7.  By contrast, Paul warned the Romans about people who were “wise” in their own minds, but in reality were fools.  Romans 1:21-23.

A Summary of the Wise Way

According to the Bible, the way of wisdom is distinct from the world’s way of approaching things.  It can be summarized in this way.