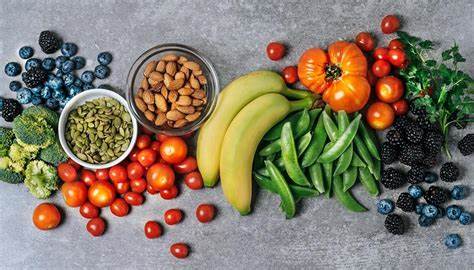 The crowds streamed out from the villages surrounding the north end of the Sea of Galilee, probably near Capernaum.  Most came without food, as many did when it came to listening to Jesus.  On one of those occasions Jesus fed them by multiplying a little boy’s sack lunch.

Jesus understood their hunger.  They wanted to hear truth.  They wanted to hear something compelling and transforming, unlike what they often heard from their own religious leaders – blah, blah, blah.  Their curiosity was extraordinary, so great that they didn’t think about physical hunger.  Which may be why he mentioned in his Sermon on the Mount that people who “hunger for righteousness” are blessed people who get their hunger sated.  Blessed are those who hunger and thirst for righteousness, for they will be filled, Matthew 5:6.

Food is a common metaphor in the Bible.  To the wilderness Israelites God’s manna was enough to sustain their lives in the desert.  Although the Israelites thought they could not get along without the abundant food they had in Egypt, despite the fact that it was the food eaten in slavery.  Daniel, one of the captives taken by Babylon when he stormed Jerusalem, refused to eat the “royal rations” that king Nebuchadnezzar had provided for him and his friends.  The king thought he was giving Daniel special treatment, but Daniel refused the royal food and wine and asked for vegetables and water.  At the end of a 10-day trial period, the Court had to admit that Daniel’s food was better.

The Jews, freed from Egyptian slavery, complained about the manna God provided for them and said they preferred their food in Egypt even though eaten in captivity.  During a great famine in Israel, prophet Elijah was fed from a poor widow’s last drops of oil and small portion of flour.  It never ran out and provided amply for the widow, her son, and Elijah.  Most significant of all is Jesus’ statement that he was “the bread of life” and whoever eats that bread will never die.  John 6:35.

Hunger is a metaphor.  It stands for spiritual need and the impossibility of human beings to satisfy that need, as in the case of Elijah.  It stands for the surprising places from which hunger is satisfied, as in the widow who fed Elijah and the young boy’s bread and fish which fed a multitude.  Hunger stands for the human recognition of starvation in the midst of great abundance.  Hunger also reminds us of the fact that not all things truly fill the needs of famine and starvation because they are full of empty “calories.”

There are always those who prefer fast food.  Who refuse to put in the time to cook good food.  But there are those who, like Daniel, refuse to eat foods that will harm them, like extremist rhetoric and propaganda.  Like food laced with pesticides or trans fats.  Like things that masquerade as truth from God but which are anything but.

What kind of food do you eat?