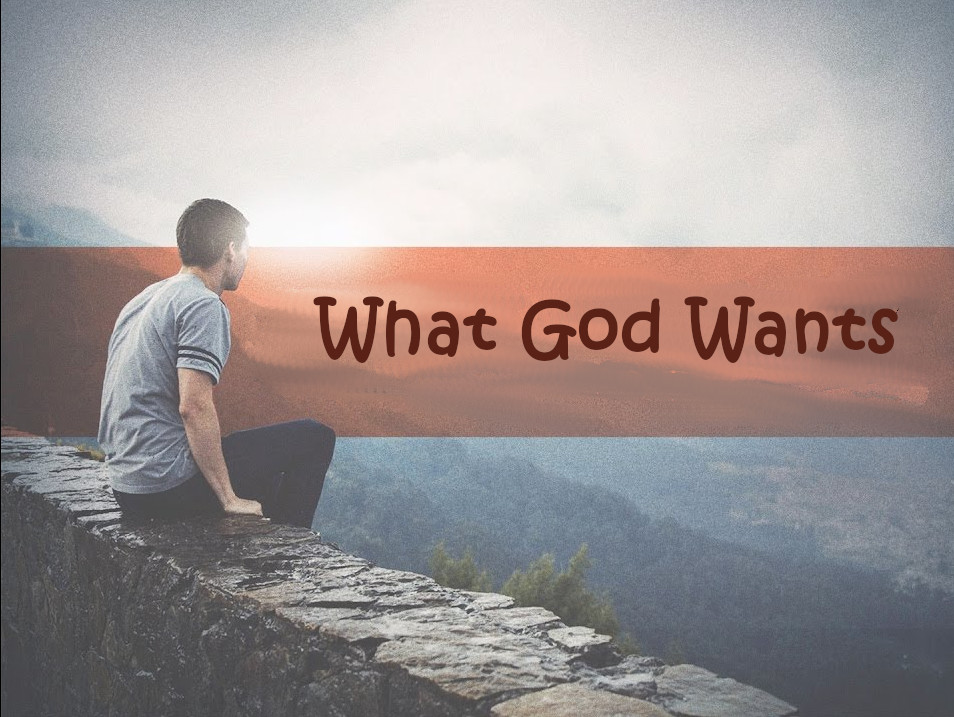 I’m pretty sure I don’t at all times want to do what God wants.  There’s a scared, selfish, risk-averse part of me that causes me to think of all the reasons I don’t want to do what I believe God wants.  The biblical parable of Jonah is the best illustration of what happens when our wills start to collide with God’s will.

Jonah was one of the most honest people I’ve read about.  When God said, “Go to Ninevah,” Jonah said, “Not gonna do it.”  Through the use of a very large fish, Jonah is persuaded that his recalcitrance was pointless and he went to Ninevah and preached like God told him too.  Even after a very fruitful visit to the city, Jonah sat on a hillside overlooking the city, embittered over the way God did the opposite of what Jonah wanted.

The Bible doesn’t tell us what Jonah’s mindset was before God sent him on the Ninevah mission.  However, I can imagine him saying, “I’m a man of God.  I’ll do anything that God wants me to do” – never imagining how stubborn and self-willed he was.  Here was a time when Jonah did not want to do what God wanted – not because of his own fears but because of the opinion he held about the Ninevites.

The Bible is full of characters like Jonah.  Moses said, “I stutter; I can’t talk to Pharaoh.”  Ten of the twelve Israelite spies said, “You’ve got to be kidding; those Canaanites will kick our butts.”  Gideon said to God, “I need proof that you’re going to be with our army.”  You get the idea.  People are the same no matter what time in history they were born – cynics, cowards, self-willed.

John wrote indirectly about the stubbornness of mankind when he said this about Jesus.  “Jesus didn’t trust [the Jewish leaders], because he knew human nature.  No one needed to tell him what mankind is really like.”  John 2:24.  Because of his expertise on human nature, Jesus was always brutally honest with the people he was gathering as disciples.  Like he was with the man who offered to follow him anywhere.  “Foxes have dens to live in and birds have nests, but I don’t have a place to sleep at night.”  Matthew 8:20.

And there were James and John who requested to sit at Jesus’ right and left hands when Jesus was crowned king.  “You don’t know what you are asking!  Are you able to drink from the bitter cup of suffering I am about to drink?”  Matthew 20:22.  Truly, they didn’t know what they were asking.

Which may be the realization that is lacking in American Christianity, i.e. that we don’t know what we’re asking.  What does God want from us?  It’s certainly not token faith or promising something to which we’re not willing to commit.