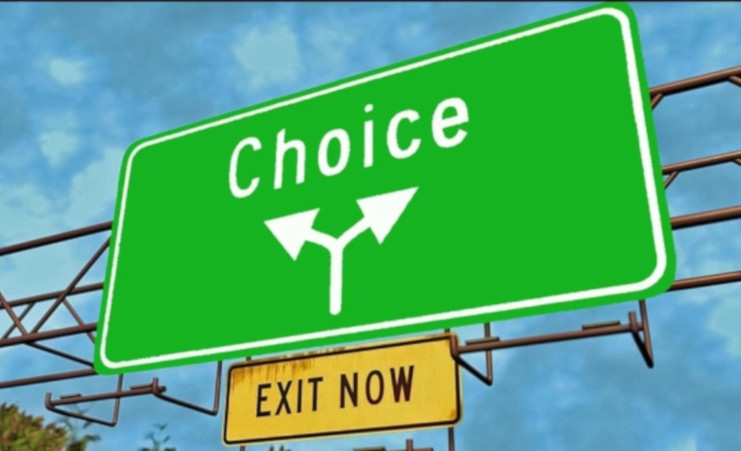 Monday, , August 29. Read Hebrews 11:23-25. What did faith cause Moses to do? What did he choose, according to this text? What are the implications of Moses’ choice for you?

Tuesday, August 30. Read Proverbs 16:16. What does this proverb say about wisdom? How does one get “understanding”? Proverbs 22:1. How valuable is a good name? What relationship does choice have to a good name?

Wednesday, August 31. Read Psalm 119:29-30. What did the Psalmist do with false ways? How does choice figure into the “way of faithfulness”?

Thursday, September 1. Read Genesis 13:8-13. When Abram and Lot’s herds grew too large, they had to part company. What did Lot choose to do? What effect did that choice have on Lot?

Friday, September 2. Read Acts 6:1-6. The church in Jerusalem had a crisis. What was it? How did they solve it? What does verse 5 say that the church community did?

God of tribal Israel, God of patience and grace, we pray for your guidance and wisdom as we try to live under your authority and rule rather than our own. Help us to not be like infant Israel who constantly left you. I pray for LifeSpringers who sometimes leave the path. May your spirit whisper in their ear and remind them of the pledge that they made to follow you. In Jesus’ name. Amen.

More holiness give me,
More strivings within,
More patience in suff’ring,
More sorrow for sin,
More faith in my Savior,
More sense of his care,
More joy in his service,
More purpose in prayer.

More gratitude give me,
More trust in the Lord,
More pride in his glory,
More hope in his word,
More tears for his sorrows,
More pain at his grief,
More meekness in trial,
More praise for relief.

More purity give me,
More strength to o’ercome,
More freedom from earth-stains,
More longing for home.
More fit for the kingdom,
More used would I be,
More blessed and holy—
More, Savior, like thee.

A Lesson in Priorities
by Rubel Shelly

And now a word to you fathers. Don’t make your children angry by the way you treat them. Rather, bring them up with the discipline and instruction approved by the Lord. (Ephesians 6:4 NLT)

Pat Dyer must not be too bad a high school football coach. He is the head coach for Macon County High School. His MCHS team was a Class 3A state semifinalist last year. He was selected to coach the defensive secondary in the Tennessee East/West All-Star game this year. As he pointed out at the time, being selected to help coach an all-star team is a “big honor.”

This hasn’t been one of Coach Dyer’s best seasons. His MCHS Tigers didn’t make the playoffs. They didn’t even have a winning record for the season. You know how testy that can make diehard sports fans – at pro or pee wee level.

Maybe Coach Dyer didn’t do his best job this year. Maybe he made some bad personnel decisions. Maybe he called some bonehead plays. Criticize him for those things if you are a Tigers fan, but not for his priorities.

Matt will never forget the choice you made. Dyer missed two games his team played this year — on Week 7 and Week 10 of the schedule – for the sake of his son. Matt Dyer is a high school senior at Smith County High School. He is a fullback for that school’s football team. And he is working through those once-in-a-lifetime events that go with being a senior.

Coach Dyer didn’t skip his own team’s games to see his son play football for the past three years. He didn’t send his team onto the field without their head coach to see Matt’s senior games. But he did elect to be there for his son’s Homecoming and Senior Night games. He put being a father over being a coach.

Oh, he didn’t just fail to show up. He agonized over the conflict. He talked with his principal. “Coach Dyer came to me and talked to me about it before the season,” said Principal Cindy Gammons. “I had no problem with it. I told him that’s what he should do, and he didn’t need to be anywhere else.”

An angry contingent of MCHS parents has come down hard on the coach. They started calling school board members to tell them what should happen to him. They are parents! And they want their kids put first!

On two nights over four seasons of high school sports, Pat Dyer put his son first. “It was a tough call as a coach. It was an easy call as a father,” sportswriter Jeff Lockridge said of the flap. “When a player’s name is announced over the speakers and he walks to midfield on Senior Night, his dad belongs by his side.”

Coach, most of your team and its fans likely admire your decision. The ones who don’t will get over it. But Matt will never forget the choice you made because you love him. Thanks for reminding the rest of us to get our priorities right.