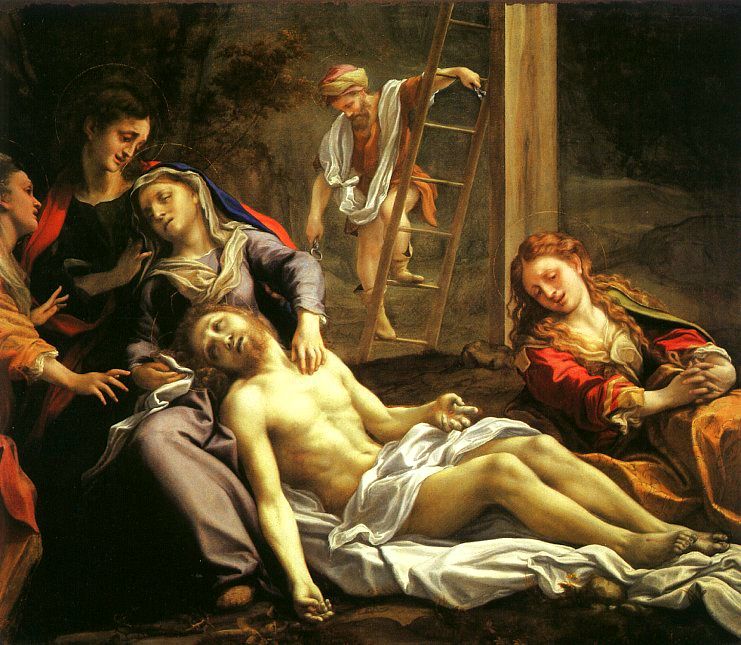 “Our faith must be born where it is abandoned by all tangible reality; it must be born of nothingness; it must taste this nothingness and be given it to taste in a way that no philosophy of nihilism can imagine.”  H. J. Iwand.

One of the things that is a deal-breaker for people of little or no faith is the extent to which God was willing to go to rescue this dark world.  G. K. Chesterton called it, “God having his back to the wall.  Indeed, Christianity is the only religion on earth that omnipotence made God incomplete.”

God, in Christ, stripped off God’s divine capacity and took human form.  This was a sheer act of defiance against the powers of darkness.  God was like a French resistance fighter during WWII.  Slipping behind enemy lines, casting out demons, driving illness and disability out the door, and blowing up barriers to the movement of future disciples out of captivity into freedom.

God in Christ became unique and only, in a world full of pretenders.  Beings which claim to be God, but which fall far below the God who entered darkness and emerged, bathed in light.  Let the pessimists, let the nihilists, scoff at such an idea.  That any god would sink to our level, becoming human, and entering into weakness.  No other god has dared to rebel against the world order to declare it bankrupt and empty.

G. K. Chesterton said that only this God would for a moment seem to be an atheist.  Why?  Because he renounced the trappings of divinity and kingly rule.  He threw off the robe and cast aside the scepter of power and there as no one to come to God’s rescue as God took on the principalities and powers and rulers of this present darkness.  Ephesians 6:10-17.

If God had remained aloof and afar in the heavenly places, there would have been no Christ, no cross, no descent in the hell, nor defeat of the powers present in human failure and suffering.  God is a rebel God.  A God who dared to meet evil on its own terms, yet still defeat it.

O God of light.  God who, stripped of all power and authority, took on human form, and strode into the kingdom of evil and utterly defeated it.  God who acted not like any other god or autocrat but divested of all power, acted out of weakness to redeem us all.  To you we give thanks and our allegiance.  We pray that you will walk with us and guide us until we join you in the eternal kingdom of you love.  In Jesus’ name.  Amen.